The Cheltenham Festival is one of the biggest horse racing events that takes place each and every year. The best of the best in Europe come together during the course of the week in March. They battle it out for the distinction of being a Cheltenham Festival winner. 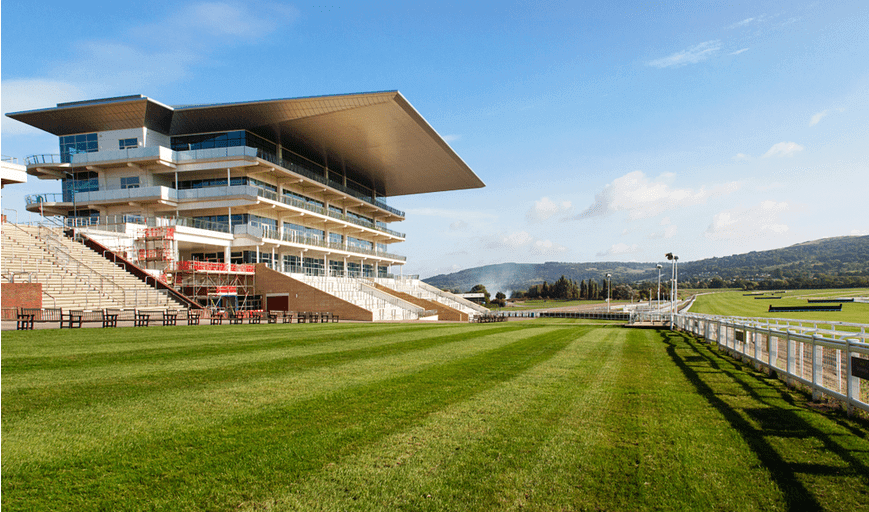 There are races for all different levels of horses, with the highlight race being the Gold Cup. Even those people who pay little to no interest in horse racing during the year will tune in for the Cheltenham Festival and place a few bets.

Naturally, the Cheltenham Festival in 2021 is going to be like no other. The massive crowds associated with the week of racing every year will not be able to be present this year as a result of the COVID-19 pandemic. Thankfully, the show can go on and the races will still take place.

While the atmosphere will not be the same, racing fans will still be excited at having the opportunity to watch the cream of the crop racing. This guide will walk you through everything you need to know about the Cheltenham Festival 2021.

When does Cheltenham Festival 2021 take place?

The Cheltenham Festival will be starting on Tuesday, March 16 and it will be four days of racing in total, finishing on March 19. Each day, the first race will be taking place at 1:30pm and the final race kicks off at 5:30pm. Racing fans will also eagerly anticipate the future race which is at 3:30pm every day.

As always, the Cheltenham Festival will be taking place at the Cheltenham Racecourse in England. While there will not be hundreds of thousands of fans attending in-person this year, millions of people will be following the action online, over the radio, and on television.

The first two days of the Festival will take place over the Old Course, with the other two days having races on the New Course. These are left-handed tracks and are pretty stiff. There are also some slight differences between the two that will need to be considered by punters.

The Old Course is the venue for the likes of the Queen Mother Champion Chase and the Champion Hurdle, with its run-in being at it shorter and a track that will reward speed a bit more. In terms of the New Course, there will be more of a focus on stamina.

Notable races on this track include the Cheltenham Gold Cup and the Stayers’ Hurdle. Therefore, there can be a lot of chopping and changing of the lead by the time the horses reach the famous Cheltenham Hill as they approach the finishing line.

The first day of racing each year at the Cheltenham Festival brings with it mass excitement. People have been waiting an entire year for this action to return again and they are chomping at the bit to get going. In 2021, the first race day will be Tuesday, March 16. While you won’t hear the famous Cheltenham roar as the first race kicks off, there will be plenty of action to distract you.

The highlight race on the first day is always the Champion Hurdle, with the winner holding the crown as the best horse over the smaller hurdles. Last year, Barry Geraghty mounted Epatante to victory by a couple of lengths, making it a fourth successive win in the race for owner J.P. McManus.

The second day of racing at the Festival kicks off on Wednesday, March 17 with numerous quality races taking place. The Ballymore Novices Hurdle is an ideal start to the day, with the main race being the Queen Mother Champion Chase. There have been many iconic renewals of this race over the years, with many multiple winners.

Last year, Politologue managed to end Altior’s reign as the back-to-back winner of the race. The sole flat race of the week also takes place on Wednesday through the Champion Bumper. The most competitive handicap race in the Festival is the Coral Cup and it always attracts massive attention from bettors.

The third day of racing in 2021 at the Festival is on Thursday, March 18. While there will not be as much excitement on this day as the others, there are plenty of quality races on offer. The Stayers Hurdle showcases the need for stamina on the New Course. The race takes place over a three-mile stretch which will be grueling for even the best horses.

The Ryanair Chase is also a very popular race on Thursdays, with top quality horses winning in recent years. In the 2020 renewal, Paul Townsend rode Min to victory.

The final day of racing at the Festival caps off a great few days. This year, Friday, March 19 will showcase some of the biggest events of the calendar year. The first race of the day is the JCB Triumph Hurdle. Many future stars of the sport will be taking part in this race.

Naturally, the Cheltenham Gold Cup is the biggest race in the entire Festival, as well as being one of the biggest in the entire global racing calendar. The field is made up of the best horses around, with the race taking place over more than three miles. It is a challenge for even the best.

Everyone wants to win the big one and countless people all across the world will be tuning in. Last year, Al Boum Photo became the first back-to-back winner of the Gold Cup since Best Mate on the second of its three successive wins in 2003.

A different kind of Festival

For a couple of major reasons, the 2021 renewal of the Cheltenham Festival is going to be different from any other that has gone before it. First and foremost, the COVID-19 pandemic will have been in full swing for a year by the time the first race begins.

At the time of the 2020 Festival, there was a lot of talk about rising case numbers. This led to the possible cancellation of the races due to fears that the big crowds would spread the virus. In the end, the crowd was able to attend with some restrictions. There were some great Cheltenham Festival results that made it a quality viewing experience.

However, this time around the UK is right in the midst of a tough situation and there are no crowds allowed at races. Only the bare minimum of people will be able to attend, such as trainers and jockeys.

It will also be the first Festival taking place post-Brexit, which may also cause some challenges for those who will be bringing horses from overseas to race in the Festival. For the past two renewals of the Festival, 38% of all the horses were trained in Ireland. The combination of Brexit and COVID-19 travel restrictions could cause difficulties in this department also. It all depends on what sort of restrictions are in place come the starting of the races in mid-March.

History of the Cheltenham Festival

The Cheltenham Festival is a key part of the National Hunt calendar of racing in the UK each year. Its prize money is the second-largest in the calendar, only behind that of the Grand National. As St. Patrick’s Day usually coincides with the racing, plenty of Irish visitors make the trip over.

The origins of the Festival go back to 1860 with the first renewal of the National Hunt Chase which was at Market Harborough. It was first held at Cheltenham in 1904. The Stayers’ Hurdle is the longest race as part of the Festival that is still in rotation. It started in 1912. The first Champion Hurdle was in 1927 and the Queen Mother’s Chase began in 1959.

Up to 2005, it was a three-day festival. However, five races were added in order to cater for an extra day of racing. Unlike some other notable race meetings in the UK, such as Royal Ascot, there are not many international horses that make the trip for the Festival. Over the course of the few days of racing, hundreds of millions of pounds of bets are placed.

Naturally, there is going to be a massive amount of betting interest when the 2021 Festival rolls around. A lot of people who normally don’t bet on horse racing throughout the year will get involved for the week that is in it.

This is usually a fun experience, adding something to the experience of watching the races and having a bit of skin in the game. If you are looking to learn a bit more, here are a few horse racing tips for Cheltenham to keep in mind:

One of the best aspects of the Festival is that all bookmakers will be running great promotions and offers for punters. There is no end to these deals, such as money-back offers, enhanced prices, free bets, acca insurance, and so much more. It is always a good idea to take advantage of these offers where possible as it gives you extra bang for your buck in a lot of cases.

Even if you are not a regular fan of horse racing, you can still do some basic research before you back a horse. This can enhance the experience further as you will be rewarded if the horse wins after you picked it on the basis of logic rather than luck.

Important data to look at includes the horse’s previous form at the racetrack (if any), recent form, jockey, and their past record on the same kind of surface conditions. Each day, the going might be different, so the softness of the ground will play a role in your bets of a lot of the races.

Get the Best Odds

With the Festival, all bookmakers will be competing with each other when it comes to setting odds. As it is such a lucrative event for them, they want to attract as many punters as possible, which can often lead to some nice odds.

Even small differences in odds can make a big difference to your bets, so you should shop around with each bet that you are making to find the right price. By signing up for an account with a certain bookmaker, you can also get your hands on some sort of welcome free bet offer also, adding to the overall experience.

The most important aspect of betting on races at Cheltenham is that you enjoy the experience. The races are some of the best around. You want to enjoy them for what they are rather than being solely focused on winning your bets. Naturally, everyone wants to be profitable, but you shouldn’t let a few losing bets put a dampener on the entire Festival.

As you can see, the Cheltenham Festival is highly anticipated each and every year. Even non-racing fans will have a flutter and see if they can pick out the winners. With so many great races, you will have endless betting opportunities open to you.

Bookies will have some great offers to avail of and the odds will be competitive across the board. While the 2021 Festival will be a bit different than usual, there is plenty to look forward to.