Euro 2020 Knockout Fixtures: Dates, Venues, Predictions, and All You Need to Know

The European Championship group stage matches have rolled along, bringing with them no shortage of excitement and entertainment. Football fans were treated to unforgettable moments on and off the pitch, topped by the overwhelming fright that came with Christan Eriksen’s collapse in Denmark’s first game. And then, followed by the joy that came with the player’s subsequent recovery, pretty much sums up the emotional rollercoaster that the Euros tournament has put us on. 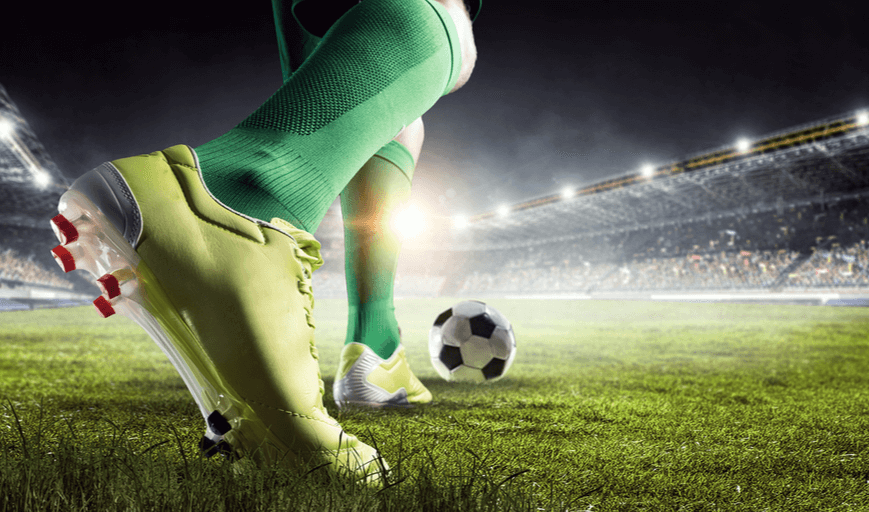 The competition is about to proceed to the knockout stages, with an expectation of even more thrill to come. So our team of avid football fans and betting experts at Playright.co.uk prepared this guide that covers everything you need to know about the next tournament stages. Read on to find out about the European Championship knockout teams, fixtures, and venues – and of course, our Playright match predictions for the Round of 16 matches.

Now that the Round of 16 teams are confirmed, the knockout stages kick off on Saturday, June 26 and run until Sunday, July 11, when the Final will be played in London’s Wembley Stadium.

For the first time in the history of the European Championships, matches will be played in 11 different venues across the entire continent. This new format has given the tournament some extra spice, as fans from different countries got to see their teams play home games at least once. The venues are:

A Quick Reminder of the Groups

How Each Group Played Out

The European Championship group stages have given way to the knockout rounds, but how did each team fare in their respective groups? Let’s run through how the race to qualify for the knockout stages played out in each group.

Italy’s progression from the group stage was smooth sailing. The Italians won three out of three, scoring seven goals and keeping three clean sheets along the way.

It was a more complicated experience for Wales, who had to wait until the final minute to be assured automatic qualification ahead of Switzerland thanks to goal difference. The Swiss were also able to seal a nerve-wracking qualification as their four points, and one goal difference placed them among the best four third-placed teams. Turkey’s disappointing tournament came to an end with zero wins and a fourth-place finish.

Belgium went into Group B as clear favourites, and even the absence of some of their star names wasn’t enough to deter them as they romped to three straight wins and a very comfortable first-place finish. Denmark, Finland, and Russia each finished with a win apiece, but goal difference played a part in determining who qualified amongst them.

Thanks to an impressive 4-1 win over Russia on the final day, the Danes climbed from fourth to second and knocked their opponents out of the competition.

Like Italy and Belgium, The Netherlands had no problems finishing top of a group where they were the most fancied team. They scored 8 goals, conceded 2, and wrapped up the top spot with an assured 3-0 victory over North Macedonia.

Austria defeated Ukraine courtesy of Christoph Baumgartner’s first-half goal. That victory saw them qualify for the knockout stages of the Euros for the first time in their history.

England’s uninspiring 0-0 draw with Scotland on matchday 2 made their progression from Group D more complicated than they would have wanted. However, a 1-0 win over the Czech Republic was enough to see them through as group winners. As for Croatia, an underwhelming start to their tournament was put to bed with a 3-1 thrashing of Scotland that came courtesy of a Luka Modric masterclass. That result saw them leapfrog the Czechs into the second spot.

Thanks to a relatively healthy goal difference, a third-place finish for the Czech Republic was enough to progress to the next round.

Sweden sealed a hugely impressive first-place finish in Group E after a thrilling last-minute win against Poland. The Swedes held on to a point against group favourites Spain and then got the job done against Poland and Slovakia.

Spain avoided what would have been an embarrassing elimination with a superb 5-0 win over Slovakia. The result lifted Luis Enrique’s side to second and simultaneously ruined Slovakia’s goal difference, condemning them to third place and elimination. Robert Lewandowski’s final day heroics proved too little, too late as Poland slumped disappointingly out of Euro 2020.

The group of death certainly lived up to its nickname. The big teams in it didn’t live up to theirs, though. Each managed a win apiece. For France, that win came in the first game against Germany. Two draws in the final two games was still enough to see them finish top of the group. Germany recovered from an early loss to beat Portugal 4-2, but they finished their group round matches with an underwhelming 2-2 draw against Hungary.

Portugal relied on Cristiano Ronaldo’s five group stage goals to qualify as one of the top four third-placed teams. Two of those goals came against France as Portugal held on for a draw that proved crucial to their qualification hopes.

Our team at Playright.co.uk is passionate about football, but who isn’t these days? So we’ve gathered our football betting team and came up with our predictions for the RO16 matches. However, please keep in mind that these are our own views and should not be treated as betting advice. Always view betting as entertainment and gamble responsibly.

* All match times are in BST

The tournament began on an overwhelming note for Denmark after playmaker Christian Eriksen suffered a cardiac arrest in the match against Finland. Thanks to a spirited final-day win over Russia, their eventual qualification was one of the remarkable stories of the group stage. Kasper Hjulmand’s side will be counting on midfield stalwart Pierre-Emile Højberg to get them through a tricky RO16 obstacle. The Spurs midfielder already has three assists in the competition.

The Welsh would have been glad to see that they avoided some of the bigger names in the tournament. They’ll secretly be dreaming of pulling off a repeat of their Euro 16 heroics and reaching the tournament’s latter stages. However, any such run will require star forward Gareth Bale to produce some of the magic he’s capable of.

This will undoubtedly be a tight encounter, but we expect Denmark’s team spirit to lift them to a narrow win.

Experienced stars Lorenzo Insigne and Ciro Immobile turned up with crucial goals for Italy in the group stage, while youngster Manuel Locatelli announced himself to the Euros with a bang. The Italians will need all their star power to turn up in the same capacity against an Austria side who is undoubtedly hungry for making more history.

The Austrians will be counting on a big performance from star man David Alaba if they are to have any hopes of pulling off an upset here.

Austria will want to prove they are no pushovers, so this could be a tighter game than it seems on paper. But going by the form Italy has shown in the competition so far, we expect a comfortable win for the Italians.

The Netherlands vs The Czech Republic

The Netherlands has proved to be the entertainers of the tournament, creating loads of chances, scoring some, and conceding a little too many clear-cut chances. Thus far, they haven’t faced any side with enough quality to make them pay for their expansive style of play, a theme that’s set to continue here.

The Czechs qualified as one of the best third-placed sides and now must navigate a challenging fixture against one of the most potent attacking sides in the tournament.

You can expect a free-flowing, high-scoring game here. And a comfortable win for the Dutch, too.

Match Verdict: The Netherlands to Win

Belgium will have to contend against tournament-leading goal scorer Cristiano Ronaldo in this cracking heavyweight clash in Seville. It’ll be a tough act – the superstar forward is in a record-breaking mood at the moment. However, the Belgians have dangermen of their own in Eden Hazard and Kevin de Bruyne. Both players were eased back into action as the group stage rounded up, and they’ll be relishing the prospect of getting at the faltering Portuguese backline.

We expect the Belgian team to have too much for Fernando Santos’s men here, but you can never rule out a team that contains Cristiano Ronaldo. Least of all, not when he’s in such powerful form.

This is one match that’s a little hard to figure out. Both teams had very similar performances in the group stage – poor in the first two matches, excellent in the final match. If these two sides bring their A-game, then we’re in for a thrilling clash.

Spain dispelled talks of a lack of penetration with a thumping win over Slovakia, but question marks persist over Alvaro Morata’s goal-scoring form.

The midfield battle will be key here. Croatia’s Luka Modric and Mateo Kovacic will have to avoid getting overrun by Luis Enrique’s ball-hogging midfield if they’re to have any hope of winning this match.

We expect Spain to wear the Croats out and pick up a narrow win.

Switzerland’s reward for finishing third in group A is a daunting match-up against the world champions. That said, the Swiss can take some solace from France’s stuttering form in the group matches. Xherdan Shaqiri scored a couple of crackers in the group stage, and he will be key to Switzerland’s hope of getting anything out of this match.

Didier Deschamps will be worried by his side’s form; they came in as favourites to win the tournament but have only been able to muster a single win and two draws. What’s more worrying is how silent main man Kylian Mbappe has been for the French.

This should be a much closer game than most are predicting. However, we still expect France to have too much firepower for the Swiss.

England’s group-topping exploits saw them rewarded with a Round of 16 match at Wembley. A home game is always a positive. But when it is against a team of Germany’s quality, the advantage becomes somewhat debatable.

Gareth Southgate’s team have gone about their business without really pulling up any trees, while the Germans have only managed to impress in flashes. Neither team will underestimate the other, though, knowing full well the quality possessed in their respective ranks.

This match should make for an exciting watch. We’re backing the team that scores first to go on and win this one.

The Swedes impressed in a group that contained Spain and Poland, winning many plaudits for strong defensive work and an effective attack. Youngster Alexander Isak established himself as one to watch, and few will be betting against him being the difference maker for his side in the knockout stages.

Ukraine’s hopes of progressing past the Round of 16 will rest heavily on Andriy Yarmolenko, who has registered two goals and an assist already.

Both sides are pretty evenly matched here, so do not be surprised if they cancel out each other. There’s a huge chance that this match goes all the way into extra time before we can get a winner.

Match Verdict: Both teams to draw in regulation time, Sweden to win in extra time.