How to Play Roulette

Roulette is one of the most recognisable games on the casino floor. Even if we have no idea how to play, we recognise the iconic wheel and table, and this is often one of the first games that we decide that we wish to learn how to play some of the many table games out there. 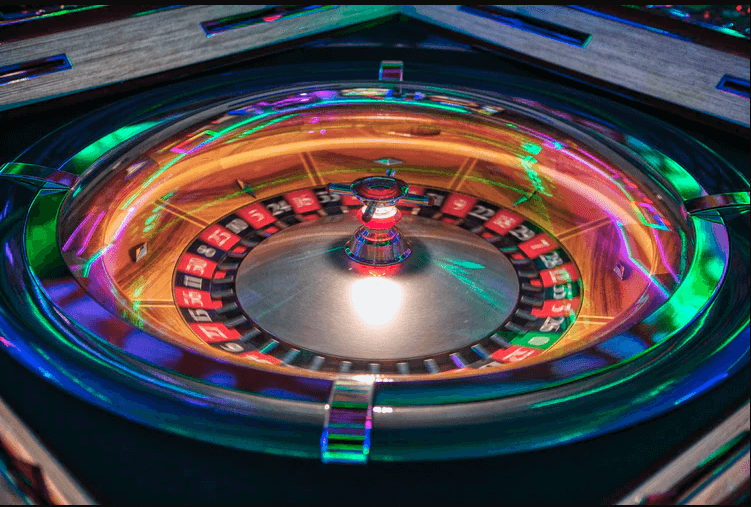 The precise birth of the game of roulette is disputed. Its name comes from the French for “little wheel”, and it has been around since the 18th century. Though other similar games did exist earlier in the century, the version of the game that we still enjoy today first appeared in Paris around 1796.

It was further developed across Europe and America. In the German town of Bad Homburg in 1843, French brothers François and Louis Blanc introduced the single 0 roulette wheel that we know today.

Roulette is one of the most recognisable games on the casino floor. Even if we have no idea how to play, we recognise the iconic wheel and table, and this is often one of the first games that we decide that we wish to learn how to play some of the many table games out there.

The precise birth of the game of roulette is disputed. Its name comes from the French for “little wheel”, and it has been around since the 18th century. Though other similar games did exist earlier in the century, the version of the game that we still enjoy today first appeared in Paris around 1796.

It was further developed across Europe and America. In the German town of Bad Homburg in 1843, French brothers François and Louis Blanc introduced the single 0 roulette wheel that we know today.

Should you decide to play roulette, you can become a little confused at first. There are many rules and pieces of etiquette that go into this amazing game, and you need to make sure that you know how to tread appropriately. This is true regardless of whether you play online or on a casino floor. Let’s take a deeper look into the world of roulette so you will be able to approach your first table with confidence.

The place to start is with the general roulette rules that will remain universal regardless of the variation of the game that you decide to play. Every table will be set up in the same way – there will be the roulette wheel at one end and next to it will be the board where players can make their bets.

The croupier will invite players to place bets on the board. By placing chips on the board in a very specific way, a player is able to indicate to the croupier precisely how they wish to wager.

In online roulette, players will then be able to set the wheel spinning with a click of a button. Games that take place in a live online casino or on a physical casino floor will see the croupier spin the wheel instead. Some casinos allow you to still place bets while the roulette wheel spins.

Bets cease when the croupier announces, “No more bets”, or “Rien ne va plus”, in French-speaking casinos. Once the winning number and its colour have been determined, the croupier will place a special marker known as a dolly on the winner. Losing bets will be collected by the croupier and then they will issue payouts to any winners. Players are permitted to collect their winnings and then another round of betting can commence. 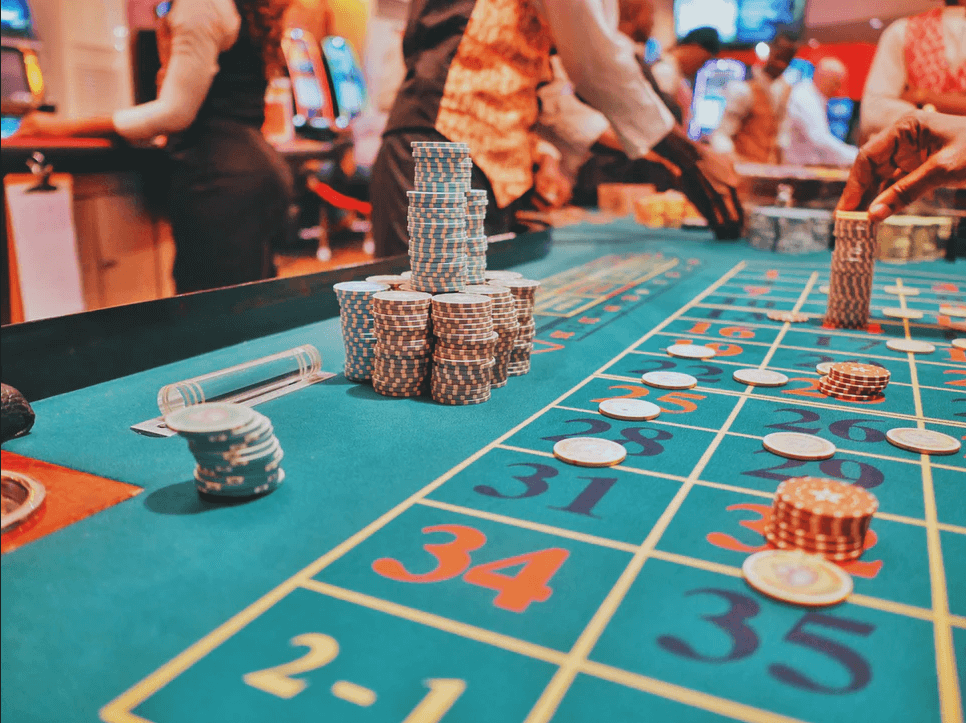 Regardless of whether you play American, French, or European roulette, games will always follow this structure of play. The easiest way to tell the difference between the various roulette games is to look at the wheel itself.

The roulette wheel carries the numbers 0 to 36, with most of the numbers being either red or black in colour. Odd numbers will be red and even will be black for the number sequences running from 1 to 10 and 19 to 28. The reverse happens for the sequences from 11 to 18 and 29 to 36.

If you choose to play American roulette, be sure that you are aware of some of the rules associated with this style of play. In all games of roulette, if the ball lands in the 0 in the roulette wheel then it is an automatic loss for all except for those who have made a direct bet on that zero.

Since the American roulette wheel has two 0 pockets, this means that there is more of a chance that a 0 will win, and therefore the player’s odds are decreased. On other wheels, a player’s chances of winning straight up (in other words winning when betting on a single number) is 35 to 1, but that becomes 37 to 1 when playing on an American roulette table.

Some casinos will also allow for a wager called the “basket bet” which pays out 6 to 1. This is a line bet placed on the dividing line between the 0 row and 1, 2, 3. It is an additional bet that is not often played because of its poor odds, but some casinos do allow you to make it.

Some European roulette tables carry additional rules that can be called “en prison” or “la partage” depending on the table that you play at. “En prison” is applicable to en-money bets only and is connected to the 0.

Should the ball land on the 0, a player will be given two options as to what they can do. They can surrender half their bet to the croupier, but will be allowed to reclaim the other half, or they can leave the bet “en prison”. If they opt for the latter, the roulette wheel will be spun again, but this time for an all or nothing outcome. The whole bet will be lost if the spin is another 0, or if the outcome does not match the imprisoned bet.

“La partage” rules simply state that the bet will be split, with half being returned to the player and the other half being lost to the house.

One of the main differences you will encounter in French roulette games is that these games are typically conducted in French. A player who is familiar with European style roulette should not have too much difficulty navigating such a game as the rules are the same, even including “la partage” and “en prison” at some tables.

Do not be discouraged from playing French roulette if you do not speak the language. Many online casinos use French and European interchangeably to mean the same game. If you are playing in a land-based French casino, you will often find that the croupier or even a fellow player might be able to aid you with some of the differences in the names.

However, some of the phrases that you may wish to familiarise yourself with include en plein (a straight bet), a cheval (a split bet), a passe et manque (the high or low bet), and rouge et noir (a simple red or black bet). 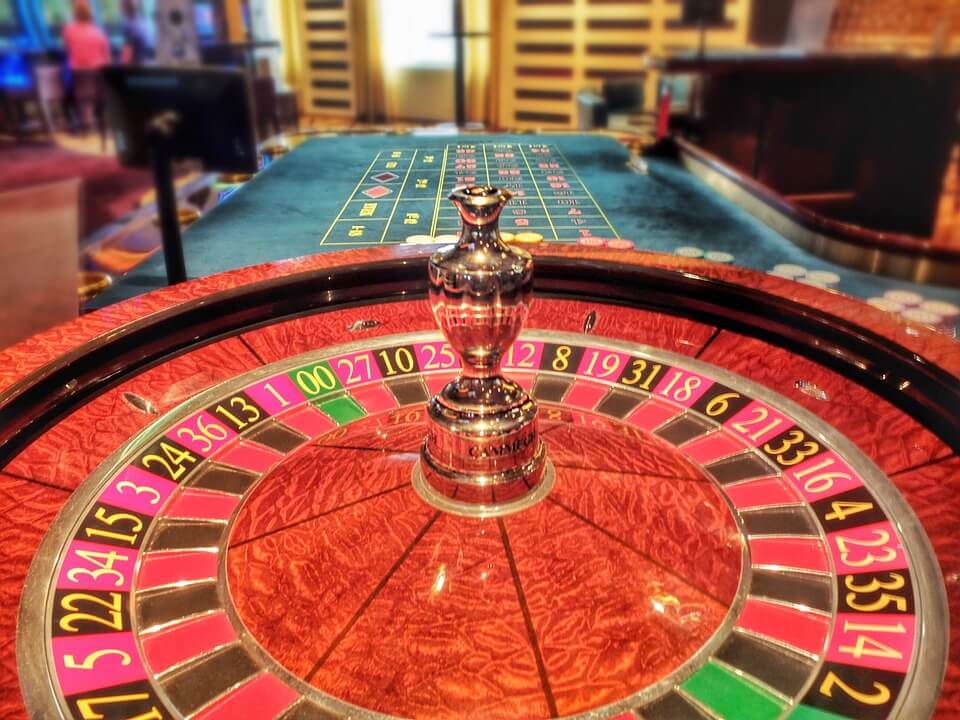 Choosing to play roulette online is going to be a very different experience compared to playing it in a live casino. Though you can assimilate the experience somewhat through choosing to play a live online casino game, there are some marked differences.

When playing roulette in a land-based casino, you have to make sure that you are obeying the etiquette of the table. The croupier has final say in when the betting period closes and it is very important that you do not touch any chips until they have given the all-clear.

Some casinos require you to play with specific chips if you wish to approach the roulette tables. When buying your chips, be sure to state that you wish to play roulette so they can give you the right chips if needed. You may also be able to purchase them from your croupier directly. Do not attempt to make bets on the board with ordinary money as they will not be counted.

In an online casino, you are going to be able to set the speed with which the game plays out, especially if you are playing a game against an AI rather than with a live dealer. You can place bets as you choose and then hit spin in your own time, rather than playing to the rhythm of the croupier.

No matter whether you play with a live dealer at an online betting destination or at a physical table in your local casino, you need to make sure that you are always practicing good casino etiquette. Always be respectful to the croupier, and other players, and accept your losses with good grace. Make sure that you are also always practicing safe gambling and never bet outside your means. With roulette, there can be the temptation that you will be able to make your money back on your next spin, but – as with any other table game – this might not be the case.

With all of this established, you need to know what some of the bets on offer to you are in roulette! There are many different options that you can take, each with their own odds and outcomes.

Some of the easiest options to choose in roulette are called outside bets. These include ones such as high or low, or red or black. You will also find that you can bet on various number sequences, such as the 1st, 2nd, or 3rd rows, or on various dozens on the board. You can also bet on the 0 pocket. These outside bets are all clearly marked on the board and will be some of the wagers new players try as they are easier to understand compared to some of the other bets.

The main grid of the board has the various numbers and their corresponding colours. The easiest bet to make here is the straight bet, where you wager that the ball on the roulette table lands on a specific number.

Some American wheels also allow you to place bets on 5 numbers. This is referred to as “The Beast” and is a bet on 00, 0, 1, 2, and 3. The roulette house edge for such a bet is 7.89%, so make sure that you place a chip on each number individually as this can lower the edge for you.

Learning how to play the various wagers on offer is where the skill in roulette comes in. It is important to remember that the house always has the edge, and it is incredibly difficult to predict how the wheel is going to land. You need to make sure that you fully understand the payouts and the odds of winning of each type of bet – especially if you are going to start to make more complicated wagers such as multiple corner bets.

Roulette is a fascinating game and it is one that casino goers should try at least once. However, you do need to make sure that you are not going in blind. Learn the rules and the betting options for your preferred style of roulette before you take your first spin.