Mixed martial arts, more commonly known as MMA or cage fighting, have grown in popularity in the last few decades. Whether you already follow the sport or whether you want to further your understanding of it, it is important that you know a little about it before you decide to place some bets. 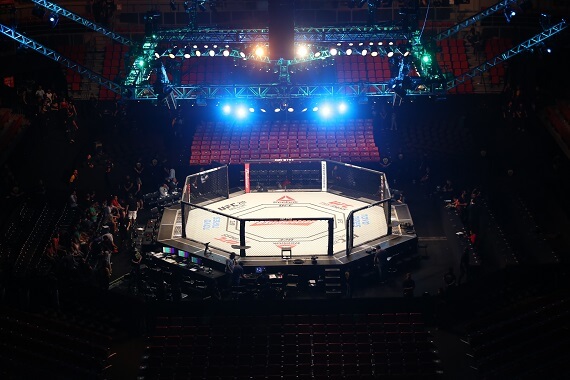 Many of the top sports betting sites now offer players the chance to wager on MMA matches, from Mr Green to Betway Sports and more, but that does not mean you should head in blindly. Learning more about the sport can put you in better stead when it comes to making bets.

MMA is a mixed discipline full-contact combat sport. It pulls on techniques and strategies from many different martial arts around the world. Though this mixing of styles has been popular since ancient times, it began to gain traction and development into a full sport in the latter half of the 20th century.

In 1993, the Gracie family – creators of the Brazilian jiu-jitsu style – founded the Ultimate Fighting Championship or UFC. Though the sport had few rules in the early days, this has since been changed for the safety of the competitors. More rules have also been added over the years as the sport became mainstream, as it meant that it would have a much wider appeal.
Strikes, grapples, and ground fighting are just some of the techniques that are allowed in MMA betting. It is not unusual to see fighters train in several disciplines as it gives them a wider range of skills that they can put to use in the ring. As opponents will all have their own strengths, a good fighter needs to be able to counteract any attacks they might face.

The UFC is the main promotion company that holds MMA events, though it is not the only one. The first competitions were merely a showcase of which of the martial arts could be considered the best, though it has since evolved into the discipline that we know today. Since then, they have showcased over 500 fights. Another big competitor is Bellator. They have held over 200 events since their founding in 2008, and are broadcast through multiple channels including Showtime, BBC iPlayer, and YouTube.

The popularity of MMA fighting has evolved ten-fold since the founding of the UFC. The UFC alone is now broadcast on major television networks, and holds a domestic media rights agreement with ESPN which is worth approximately $1.5 billion.
Just as with other sports, there have been many household names that have emerged who are known for their victories – or their losses. Shrewd bettors should learn not just about the wins and losses of such competitors, but also the styles preferred by the various fighters. By knowing what their preferred styles of fighting are, one can make predictions as to how they might fair when going up against various opponents. 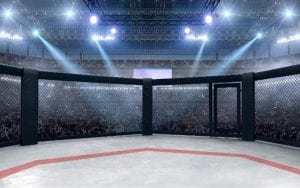 Let’s take a look at two champions of the MMA world – Anderson Silva and Khabib Nurmagomedov.
Silva is a former UFC Middleweight Champion and he holds the current record for the longest title reign at a staggering 2457 days – over 6 years. He specialises in Muay Thai, Brazilian Jiu-Jitsu, Taekwondo, and Capoeira, giving him a well-rounded skill set that can be used for both offensive and defensive as he needed. Of his 47 MMA events, he won 34, and 23 of those were by a knockout.

Nurmagomedov is the longest-reigning UFC Lightweight Champion and is ranked number one in the pound-for-pound rankings for UFC men. He retired from the sport after 29 wins and no losses. His specialties include sambo, judo, and wrestling, and he has also been a two-time Combat Sambo World Champion. His grappling abilities truly made him a force to be reckoned with in a fight.

When you have players such as these on hot winning streaks, the temptation can be just to place your bets on them and them alone. However, just because they have won so often does not necessarily mean that they are going to win the next time they step into the ring. Everything from the health and injuries of both them and their opponents, their opponents’ strengths and weaknesses and how this corresponds to their own, and their opponents’ current win streak will all be important when trying to construct a bet.

So, how do you go about betting on UFC matches? When looking into MMA bets, you will notice that these wagers are expressed in the same way as many other types of betting. For those familiar with sports betting, you have the choice between fractional, decimal, and American odds (also sometimes called Moneyline odds). Note that these are just the way in which the odds are expressed – the actual wager will be the same across the board.

To work out your return from decimal bets, you simply have to multiply your intended bet by the decimal given by the bookies. Therefore, if you were looking at a wager that carried odds of 1.75, a £10 bet here would bring you a return of £17.50.

Since many MMA fights take place in the USA, it is not uncommon to see UFC odds expressed in the American way. This is expressed as one side being a negative and one being a positive, so a typical fight might have Fighter A with odds of -500 and Fighter B with odds of +110.

The easiest way to remember how to handle American odds is to remember that it is the amount that it takes to win $100. The negative is the favourite to win the match. Returning to our example above, it would not be uncommon to see Silva or Nurmagomedov with a negative odd next to their name. The positive is the underdog. Remember that just because a fighter is considered to be the underdog does not mean that they have no chance of winning the match!

Finally, UFC bets can sometimes be expressed using the fractional system. This is most often found at bookies in the UK and Ireland, such as Virgin Bet or Mansion Bet. With the fractional system it is important to remember that you are calculating your profit and not your total return. Typical MMA odds for a fighter here might be 9/5. Choosing to place a bet of £20 on these odds would give you a profit of £36, with a total return of £56.

Most bookies will let you choose the style in which you view your odds, so you will be able to select the one that you feel you understand the most.
With these in mind, when should you be placing bets for an MMA match? Obviously, in the run-up to a match, various bookies will publish their odds on what they feel the outcome might be. You could choose to just bet straight on who will be the overall winner of the match. However, many bookies also offer you the chance to add in others.

Method of victory, who will win each round of the match, and which round will end the fight are all common examples of additional bets that you could place. The more precise the outcome, the higher the odds will be. For example, a straight fight result in favour of Fighter A could carry a decimal odd of 2.88, but betting that they will win with a knock-out over another method could have decimal odds of 11.0.

Since many matches are now livestreamed and are available on-demand, some bookies also allow you to make live bets based on what you are seeing in the ring. Therefore, you could start by placing just a bet on the outcome of the match, and then deciding to place one on a method of victory depending on the performance you are seeing as things play out.
Those familiar with other styles of sports betting will find that the manner of betting used here in MMA is very similar to others. However, a foundational knowledge of the sport and the fighters will help when selecting the best odds when placing a bet on UFC matches.