A leader in the offline slots industry for decades, IGT sits just behind online leaders Microgaming and Playtech, providing over 100 titles to hundreds of casino sites, from the big names to the latest launches. Our team stays on top of the leading IGT sites to carry IGT games so you always know the best place to play your favourite games. 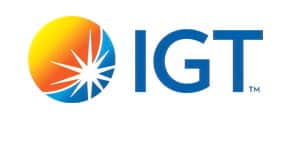 A Guide to IGT Software

Founded all the way back in 1975, International Game Technology (IGT) is one of the premier online gambling software providers. In 2015, the company merged with Gtech, another company in the gaming sector, in a move that saw it adopt the IGT name.

IGT’s main advantage over its competitors lies in its years of experience in the gambling industry. This has allowed it to develop extensive relations with other companies in the industry including both online and real world casinos.

IGT owns a wide portfolio of products across a variety of game types. While their slot machines may be the most popular of their products, they are among the industry leaders in the production of lottery, sports betting and other gambling platforms.

Over the years, the company has continued to make one acquisition after another in the gaming sector, expanding their influence worldwide and creating thousands of jobs and billions of dollars in revenue. As the 2000s rolled in, the rise in the number of casino sites in the UK saw IGT move into the online arena and start creating some of the finest online casino games in the industry.

IGT’s company policy focuses on innovation and industry development. While remaining among the leaders in the lottery and gaming arenas, the company is now aiming to also become a leader in the online casino games market, leveraging their understanding of central systems and connectivity to define the future of gaming.

You’ll find IGT slots on casino floors around the world, as well as among the games catalogues of the biggest online casinos around. Here’s our pick of some of the best:

Over the years, many online casinos have adopted some or all of IGT’s slots and games. Famous brands such as William Hill Casino, BetVictor Casino and Coral Casino are all a part of this list, along with many casino that are relatively new to the market such as Casumo, Thrills Casino and LeoVegas.

Most casinos are moving toward the multi-platform approach, meaning players are now able to play all their favourite games from multiple software providers at a single casino site, and the popular IGT slots are naturally making their way onto the list. As well as video slots, IGT is now starting to produce a reasonable slate of table games and other attractive casino products.

IGT Past and Future

The early days of IGT saw the company produce several successful products, such as their early video poker games, from their base in Las Vegas. They continued their growth by introducing the first player-tracking programs, which were the predecessors of the modern player loyalty cards in brick-and-mortar casinos. Their growth continued, and the company was listed on the NASDAQ stock exchange in 1981, before eventually graduating to the NYSE in 1989.

On the product side, their Wheel of Fortune progressive jackpot slot was launched in 1996, and made headlines with its life-changing jackpot in Las Vegas casinos.. Their early video poker machines and other slots were also major successes and all of this gave them the early boost they needed to develop into a global powerhouse.

The 2005 purchase of WagerWorks saw IGT make its first major move into the online gaming space. This was followed up by its strategic merger with Gtech in 2015 which has only served to make IGT an even larger presence in the industry than they were previously.

The stiff competition in the field of online casino games production is surely making it more difficult than ever to stay competitive, but with most of the new casino brands in the industry adopting their games, IGT’s future seems well assured.

Today, IGT is based in London, England, with other offices in Rome, Las Vegas and Providence. With over 12,000 employees, IGT is one of the largest and most successful gaming software developers around, and it continues to grow, spending some $300 million on research and development annually, and creating new titles for a multitude of online casinos and gaming companies.

The one area where IGT still needs to improve in order to stay competitive with other software providers such as NetEnt is in the modernization of their games, which are looking somewhat outdated compared to the top competitors.

Don’t forget to keep tabs on the automatically-updated list of the best IGT online casinos on this page. That way you know you’re always getting the best experience possible.