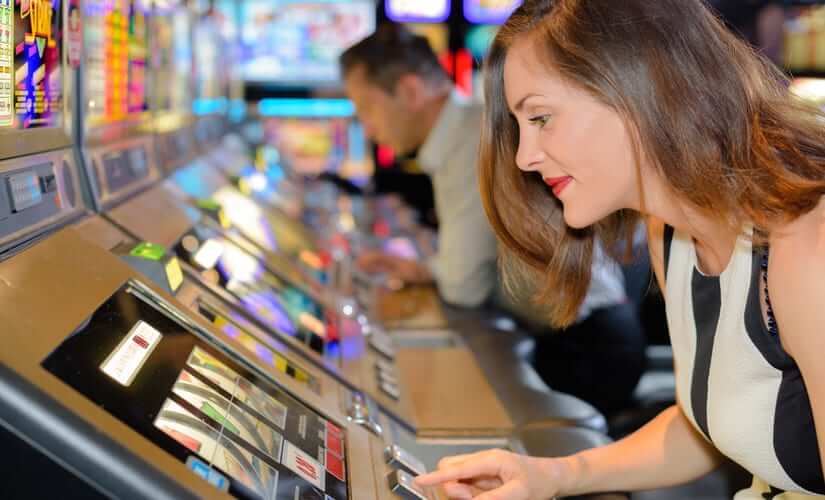 The History of Women in Gambling

Seeing a lady playing at a blackjack, roulette or poker table today is not unusual at all. However this wasn’t always the case…

Seeing a lady playing at a blackjack, roulette or poker table today is not unusual at all. However this wasn’t always the case, especially not before the gambling tables have turned in the 18th and 19th centuries. Studies show that female gamblers played a crucial role in shaping modern gambling as it is today.

When gambling increased in popularity in Europe, many women organised their own gambling events, and soon cards and other games of luck became an everyday part of social gatherings of ladies in Europe. During the 1700s in England for example, a group of aristocratic women became famous for organising games of Faro (which is an earlier version of poker) and soon became widely known as the “Faro Ladies”.

American females soon followed through and women gambling in the US also became popular. Especially with the introduction of roulette which for some reason was considered more appropriate for gambling ladies than card games which were associated with men in America. However that changed in the 19th century when Eleanor Dumont, also nicknamed Madam Moustache became one of the first known professional blackjack players in American history.

The Gambling Ladies of the Wild West

In the Wild West, a poker saloon female card dealer named Alice Ivers Duffield Tubbs Huckert learned and mastered the game of poker and became and legend in poker history. She became known as Poker Alice and started every game by saying: “praise the Lord and place your bets…I’ll take your money with no regrets.” Another legendary Wild West gambling lady was Lottie Deno, also known as the Poker Queen, who even beat another famous American gambler: Doc Holiday.

Many years later in the 1930’s, a woman named Mayme Stocker became the first Las Vegas casino licence holder, and an icon for women in gambling as well as celebrity in the Vegas newspapers and casino scene.

A very chauvinistic comment was made in the past in reference to casino gambling saying that: “men run the show and women are just for show.” But these days are long gone, and today women are not only gaining force and high profile as gamblers, but many of the most senior leadership positions in the gambling industry are held by women as well.

Denise Coats is, in her own words, the ultimate gambler. Together with her brother John, she was willing to mortgage their whole chain of family-run betting shops in Stoke-on-Trent to invest in what was once considered a risky online betting start-up. Their gamble more than paid off, and today the start-up grew to become Bet365, an online gambling operation that now takes £12 billion in bets every year. Today, Denise Coats the highest-paid boss in the UK with a £199 million annual paycheck.

Vanessa Selbst is considered by many the most successful female professional poker player in the history of the game. The 33-year-old American is the only woman that reached the number one ranking in the world on the Global Poker Index and won three bracelets in the World Series of Poker. She is also the only player to every win the North American Poker Tour (NAPT) Main Event two times in a row.

Daughter of legendary Chinese gambling tycoon Stanley Ho, Pansy came into the spotlight when her and her father opened MGM Macau in 2008 in partnership with American giant MGM Mirage. Ten years later with a net worth of over $5.5 billion, during 2018 Bloomberg gave her the title of “Hong Kong’s richest woman”, and her entrepreneurial flair, aggressive drive and visionary investment skills make her not only one of the most powerful and influential women in gambling, but probably one of the biggest figures in gambling overall.

The first online gambling sites were launched in the mid 90s and were extremely basic back then. But despite the less-than-perfect gameplay experience that internet gambling sites offered in early days, it soon changed the way people gamble for good. With online gambling eliminating the need to travel to the land-based casino, bingo hall or poker room, both men and women can gamble from the comfort of their own home. Fast forward to present times, where today’s mobile gambling technology lets you spin the reels of your favourite slot, play bingo with your mates or join a poker game and even play at a live dealer table – all from your mobile device, letting you gamble from anywhere, at any time.

The introduction of internet and mobile gambling not only changed the way people gamble, but also contributed to a major shift in the demographics of gamblers. As gambling became accessible from home, many modern-day women gamblers who couldn’t find the time to travel to land-based casinos and bingo halls due to high career demands as well as other family and home obligations can now log into their favourite game sites from their computers or mobile devices.

18+. Valid for New Customers/Players Only. Wagering and Withdrawal limitations apply and vary by game.

18+. Valid for New Customers/Players Only. Wagering and Withdrawal limitations apply and vary by game.