Boxing is arguably one of the oldest and most brutal sports worldwide. While professional fights have been running for over a hundred years, the sport is still going strong today. Ultimately, people still love watching two fighters going at it and punching each other in the face. That’s a universal thing everyone can enjoy. 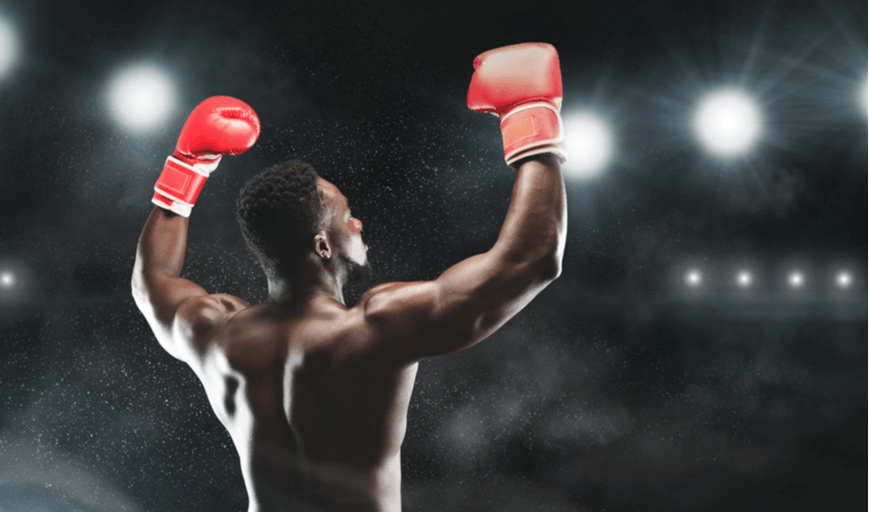 If you’re invested in boxing but want to learn more about this exciting sport, you’ve come to the right place. It can often be confusing since there are so many belts on offer. Fights are split across numerous boxing weight classes, and there are titles to fight for in each class. But why is boxing like this?

Well, not all boxers are born the same. No matter the technical proficiency, a 5’5 eight stone fighter isn’t going to beat someone double their weight and height. That’s not skill – it’s just physics. This was why boxing weight classes were created so that boxers could showcase their talents against opponents with similar genetics. It makes for far more exciting bouts and numerous fights for you to follow.

What are the Weight Classes in Boxing?

Heavyweight boxing is arguably the most famous boxing weight class worldwide and one that even casual punters know. Heavyweight fights have been recognised officially since 1884. Some of the sport’s historic greats have fought in this category, like Muhammed Ali and Lennox Lewis. Current top heavyweight fighters include Tyson Fury, who holds the WBC title, and Oleksander Usyk, who has the IBF, WBA, and WBO titles.

Cruiserweight boxing is the first boxing category with an upper weight limit. If you weigh above 14 stone 4lbs (90.72kg) at the weigh-in, you cannot compete. Your weight can go as low as the top limit of the category below. There are many top boxers in this boxing weight class, including Mairis Briedis (IBF), Ilunga Makabu (WBC), and Lawrence Okolie (WBO), to name a few.

There are a few standout fighters in the light heavyweight class, which originated in 1913. Arthur Beterbiev holds the WBC and IBF titles and is a boxer who thrives on power. He has won all of his fights by knockout or stoppage. The other titleholders in this weight class are Joe Smith Jr with the WBO title and Dimitry Bivol with the WBA title. These boxers could soon face challenges as fighters like Gilberto Ramirez climb in esteem and ranking.

Super middleweight boxing has one undisputed champion, and that is Canelo Alvarez. He holds the IBF, WBO, WBA, and WBC titles for this weight class. The Mexican has also won middleweight and light heavyweight titles in the past. He is one of the most decorated and versatile fighters to date and is known for packing one of the best pound-for-pound punches. Alvarez is truly the superstar of this weight class, and at only 31, could hold his titles for years to come.

Another top fighter in this weight class includes Chris Eubank Jr, who is a part of the Boxxer, which runs promotional fights with sponsorship with bet365.

Middleweight is one of the most fractured weight classes in boxing, with all four titles spread out across different fighters. You’ll hear much more about Jermell Charlo later on, who holds the WBC title, yet Ryota Murata, Gennady Golovkin, and Demetrius Andrade hold the WBA, IBF, and WBO titles. The middleweight class has been running since 1884, meaning this is a weight class with a lot of history, with numerous punters following these fights because of this history.

The super welterweight is another weight class dominated by one competitor, and that man is Jermell Charlo. He holds three out of four internationally recognised titles in the WBA, WBC, and IBF. The only one that the American does not have is the WBO title, currently held by Brian Castano. Charlo and Castano fought in 2021, but the bout ended in a draw following some scorecard controversy.

We will see these two fight again for sure, and when they do, it’ll get a lot of attention at sportsbooks. The fact that the first fight ended in a draw means there could be some exciting betting opportunities available. Be sure to check out our recommended sports betting sites, like Paddy Power, to discover the latest odds and claim a generous bonus to use on boxing betting.

While even us boxing experts aren’t quite sure what a ‘welter’ is, this boxing weight class is one of the most exciting to watch. Terrence Crawford enjoyed success whilst he was a champion in the lightweight division, right up to him holding the WBO welterweight title. The other standout boxer in this professional boxing weight class is Errol Spence Jr. The American is undefeated in his career over twenty-seven fights and currently holds the WBC and IBF titles.

If you want to talk about super lightweight fighters, there is really only one name you can mention: Josh Taylor. The undisputed champion of this boxing weight class has all four titles in his possession. This boxer has shown he can win fights through plenty of different methods on his way to eighteen wins without a defeat. He’s outboxed his opponents in tough fights held in the US and hit massive KOs in contests on home soil.

While these fights in the lower boxing weight classes don’t get as much media attention, as Josh Taylor highlighted, they are just as thrilling.

This boxing weight class may have been entertaining fights since the industrial revolution, but its main fighters keep it just as exciting as when it started. The Australian champion George Kambosos Jr recently shook up the division by taking the WBO, IBF, and WBA titles. The boxer has posted an impressive twenty wins without losing his career.

Then there is Devin Haney, who holds the WBC title at just 23. He’s already fought in twenty-seven bouts in his career, which is more than most professionals much older than him. He’s also defended his title four times.

The super featherweight boxing weight class has several top fighters. Oscar Valdez holds the WBC title after holding titles as a featherweight in the past. He has won thirty fights over his career, with an incredible twenty-three knockouts. There are other heavy punchers, with Roger Gutierrez (WBA) winning twenty of his twenty-six fights by knockout. There is also unbeaten Shakur Stevenson (WBO) and controversial fighter Kenichi Ogawa.

There are plenty of top fighters in this boxing weight class, which is why it is hard to define a top dog. Emanuel Navarrete is arguably the closest, holding the WBO title and who popular American boxing magazine, The Ring, ranks as the best fighter. Gary Russell Jr (WBC) and Leo Santa Cruz (WBA) don’t even make The Ring’s top ten, ultimately revealing how competitive this weight class is. Kiko Martinez has been around the block with a few losses, but the veteran currently holds the IBF title.

Competitive divisions, including featherweight, are where you can find the best boxing betting opportunities. Be sure to brush up on your betting knowledge before visiting our recommended sports betting sites and placing wagers.

This weight class boasts two stars with incredibly opposing styles who are bound to lock horns in the future. The first is Stephen Fulton, an experienced American fighter with excellent technical boxing skills. He holds the WBO and WBC titles but has only had to defend one of these titles once.

Then there is Murodjon Akmadaliev, the former Olympian who has only fought in ten professional bouts and won them all. He’s won seven of those fights by knockout, and his powerful style has seen him defend his WBA and IBF titles twice.

While bantamweight fights have been held since the 1800s, the undisputed top fighter in this weight class right now is Naoya Inoue. The Japanese boxer holds two titles, IBF and WBA, and has gone undefeated throughout his career. That includes defending his titles four and three times, respectively, featuring an impressive nineteen wins by KO.

The super flyweight is the only weight class where one of the four recognised titles is currently vacant. The remaining three titles are occupied by Juna Francisco Estrada, Jerwin Ancajas, and Kazuto Ioka, who hold the WBA, IBF, and WBO titles, respectively. Estrada is the previous holder of the WBC title, but the new champion will be decided through a four-way competition between him and three other elite Super Flyweight boxers.

The flyweight boxing weight class is the last of the ‘glamour’ division in boxing or those recognised since the sports’ earliest organisation. Flyweights have been slugging it out since the early stages of the 20th century. However, these lighter fighters still draw in plenty of punters, who can enjoy the spectacle of an evenly split weight class.

The four titles are split between four incredible fighters, Junto Nakatani (WBO), Artem Dalakian (WBA), Julio Cesar Martinez (WBC), and Sunny Edwards (IBF). While not every sports betting site will offer odds on these lesser followed fights, those that do will provide generous betting odds to encourage you to wager.

The light flyweight division has seen plenty of great fighters, but the boxer The Ring ranks the best is Hiroto Kyoguchi. As the Japanese fighter is unbeaten in his career while holding the WBA title, it’s understandable why. His main competitors are Jonathan Gonzalez (WBO), Felix Alvarado (IBF), Masamichi Yabuki (WBC). These fighters have lost at least one bout, whereas Kyoguchi has not. Kyoguchi has done this while defending his title three times.

Don’t expect these fighters to throw the heaviest punches. While they have to be some of the lightest out there, these boxers bring the speed. Even though this class was established in 2007, it has already gained a lot of fans and a large following. The titles are spread out between four elite fighters in this class. Thammanoon Niyomtrong holds the WBA title, the WBC title is held by Panya Pradabsri, the IBF by Rene Mark Cuarto, and the WBO by Wilfredo Mendez.

Why You Should Know the Different Boxing Weight Classes

After reading this article, you should know your bantams from your welters, and you can impress your mates with your knowledge. When you’re watching boxing in the pub, and someone asks, “what does it mean when someone moves up a weight?” you’ll be ready.

Professional boxing weight classes may seem confusing at first, but with the help of our experts, you can understand everything you want to know about weight classes in boxing. Similarly, when it comes down to placing exciting wagers at our recommended sports betting sites, you’ll know exactly what you’re betting on.