So where is football going? Home? Rome? Nobody knows for sure. The one certain thing is that it can only go either way. 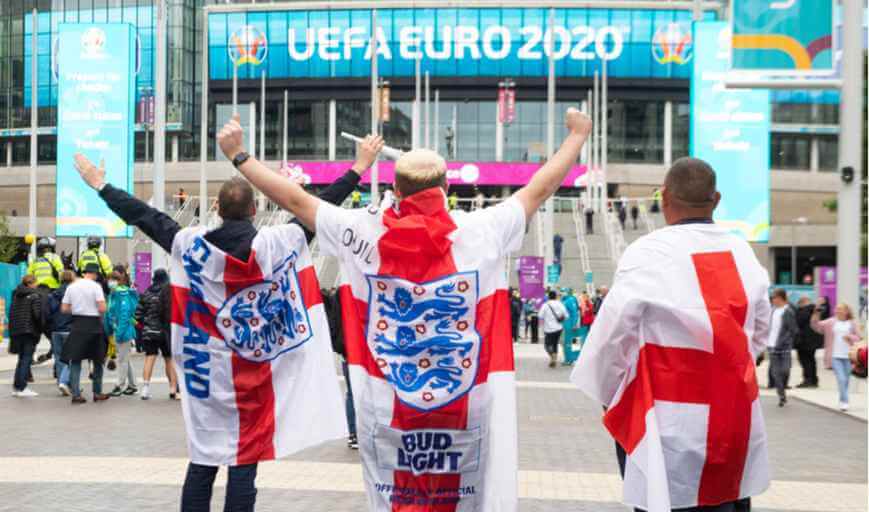 England is set to compete in a first-ever European Championship finals and a first international final since 1966. Italy will get the chance to complete its dramatic renaissance after World Cup qualification failure in 2018. Quite simply, the stakes do not get much bigger than this. Strap in as Playright.co.uk takes you through our preview and predictions for this pulsating final match.

On the balance of play across the competition, it’s hard to argue with Italy’s place in the final. The Italians were the form team of the group stages, and they sparkled in all the right moments during the knockout stage. Italy’s run to the final is all the more impressive when you consider that they entered the competition as a dark horse, not quite talked about in the same spirit as France, Belgium, Portugal, Germany, and England. Roberto Mancini’s well-drilled squad – brimming with youthful talent and battle-hardened veterans – has completed the nation’s return to the pinnacle of European football. No one will be underestimating them come Sunday.

England remained quietly impressive during the group stages. Still, it has really come to life in the knockout rounds – notching a historic win over Germany before comfortably dispatching Ukraine and then battling a win against a spirited Denmark side. Gareth Southgate’s expert match management was so crucial in wearing out the Danes, and he will be looking to repeat those same tactics against Mancini’s men.

Southgate may have tried to downplay it, but this is such a colossal moment for England that you have to factor in the role that nerves will play – it’s not every day you play your biggest match in over five decades. The English manager will need his more experienced stars to remain calm and keep the team from getting overwhelmed by the occasion.

Both teams put in 120-minute shifts in the semifinals, so fatigue might be a crucial factor as this game drags on. You get the feeling that the team that keeps the ball better and edges the midfield battle will have the upper hand as the match enters its latter stages. Expect subs from both sides to play major roles as these two heavyweights gun for glory.

Boy, did Harry Kane find his form at the perfect time. England’s talisman and captain has scored 4 knockout goals in 3 matches while also superbly knitting his team’s attacking play together with his ability to drop into midfield and link plays up. With the pace of Raheem Sterling and Bukayo Saka running beyond him, Kane’s line-breaking passes give England an extra dimension in attack in the semi-final match against Denmark. Now, England has a date with destiny, and you just can’t look past him to be the difference-maker. Expect the striker to play a central role if this English team wins the European Championships for the first time in history.

Italy’s superstar winger Lorenzo Insigne wasn’t his influential self on the left flank against Spain, probably feeling the absence of attacking full-back Leonardo Spinazzola more than anyone else. But as has often been the case in the knockout stages, Federico Chiesa stepped up with the goods. The Italian youngster’s blistering pace helps stretch opposition defenses, while his close control makes him one of Italy’s prominent ball carriers. None of those attributes are as important, though, as Chiesa’s unique knack for scoring crucial goals seemingly out of nothing. We’re backing him to add to his knockout tally of two goals in this one.

The way we see it at Playright.co.uk, both sides have everything to win and all to lose. But win or lose on Sunday, every team will give its fans something to be proud of.