Drama, thrill, entertainment, wonder goals, last-ditch goal-mouth tackles, dying minute equalizers, stoppage time winners – the Euro 2020 round of 16 was international football at its finest. Any fears that matches would turn out as cagey affairs were dispelled after Denmark’s resounding four-to-nil victory over Wales, a match that set the tone for the superbly entertaining attack-first (in some cases attack-only) nature of the rest of the last-16 fixtures. 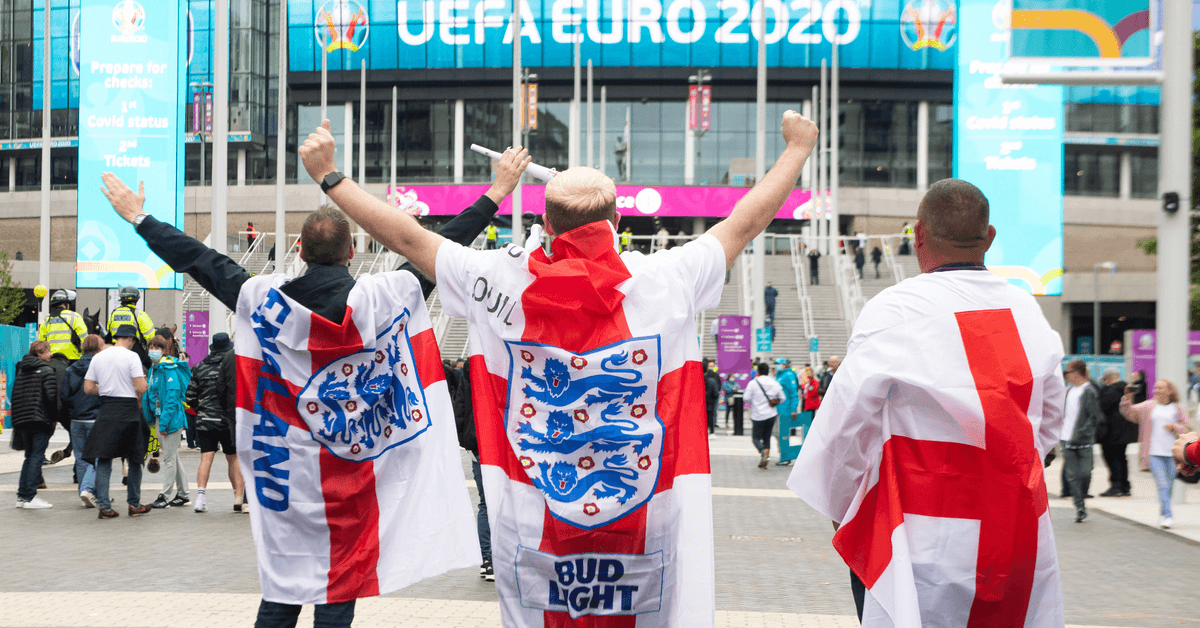 Now, as the dust settles on those matches, attention must turn to the Quarter Finals, which begin on Friday. Our football-crazed team at Playright.co.uk went to catch up on some much-needed food and sleep after the thrilling games at knockout stages that kept us all awake and buzzing for days. We may not have some of the heavyweight clashes that most would have predicted, but you can bet there will be no pushovers and no easy games. The RO16 upsets will remain fresh in memory, keeping underdogs hopeful and favourites wary. Read on to find out which teams we’re backing to book their places in the semi-finals.

Switzerland wrote its name into modern football history after coming out on the winning end of a European championship match for ages. Haris Seferovic’s brace and Mario Gravanovic’s stoppage-time equalizer took the game against France to extra time and penalties, where Yan Sommer saved Kylian Mbappe’s penalty to secure the victory. In Spain, the Swiss will be taking on another daunting opposition. But after knocking out the tournament favourites, you most certainly can count on Vladimir Petkovic’s team to walk out onto the green of the St. Petersburg stadium without any fears.

Luis Enrique’s Spain has now scored ten goals in their last two matches, and frontman Alvaro Morata silenced his critics with a brilliant all-around display. It wasn’t all smooth sailing for the Spaniards, though – having initially fallen behind thanks to a bizarre Unai Simon blunder, they roared back to a 3-1 lead but then allowed Croatia back into the game in the final few minutes. Though Spain’s quality eventually shone through in extra time, Enrique would be worried about his side’s defensive porosity as they take on a Switzerland side that looks to be clicking in the attack.

Switzerland captain Granit Xhaka put in a man-of-the-match performance against France, but he also picked up a booking to see him miss the match against Spain. His absence might prove costly, but it could provide the platform for Xherdan Shaqiri to shine. Spanish winger Daniel Olmo grabbed two assists in a bright cameo appearance for the Spanish team. We’re backing him to make the difference here, whether as a starter or an impact sub.

This is the match to look out for in the quarterfinals. Both teams were far from their imperious best in the round of 16, but still managed to book their places in the last-8. The Italians were lethargic for most of the second half against Austria and needed inspiration from Roberto Mancini’s substitutes to take the lead. They also finally saw their clean sheet record broken, but veteran Giorgio Chiellini’s return should add more steel to the defence.

Roberto Martinez’s Belgium will understand the gravity of this match as the country’s golden generation continues its quest for an international trophy. The team was on the backfoot for huge chunks of the game against Portugal but secured a victory thanks to Thorgan Hazard’s screamer and some very dogged defensive play. That result came at a price, though. Star men Kevin De Bruyne and Eden Hazard limped out with injuries and are major doubts for the clash against Italy. If the Belgians are to progress, they will need to dig deep and pull off another resilient backline display.

In the absence of Eden Hazard and De Bruyne, expect Romelu Lukaku to take centre stage here and try to drag his team to the semi-finals. Italian youngster Federico Chiesa has had to bide his time in this tournament, but he looked sharp in his side’s win against Austria. On current form, he is Italy’s best attacker and could be the hero here.

The Czech Republic vs Denmark

A place in the last-4 beckons for the Czech Republic, but standing in its way is a tricky fixture against a remarkably united Denmark side. The Czechs have marked themselves out as the competition’s surprise package, led by West Ham duo Tomas Soucek and Vladimir Coufal, who have been typically dependable.

With its quarter-final win over Wales, Denmark has shown that it is not in the competition to rack up sympathy votes. Kasper Dolberg put up a show in the absence of Yussuf Poulsen while break-out stars Mikkel Damsgaard and Joakim Maehle also impressed. With Pierre-Emile Højberg providing defensive cover and chipping in with creative duties, many people are beginning to rate the potential of this Danish team to go all the way.

To successfully navigate this fixture, the Danes will have to keep a lid on Czech forward Patrik Shick, whose four goals have him behind only Cristiano Ronaldo in the goal charts.

One foot in the semis already for England? Perhaps, perhaps not. Seeing how the supposedly straightforward matches in the round of 16 turned out will be unwise to write off Ukraine. A man-of-the-match performance from Oleksandr Zinchenko helped them hold off Sweden until extra time, where they grabbed a 121st-minute winner. Few people expected them to win that match, and even fewer people will expect them to get past England. But maybe that is precisely how Andriy Shevchenko’s side prefers it.

England’s headline-grabbing victory over Germany has placed it in pole position as favourites to win this tournament, and it’s a position you can’t argue with. This English side hasn’t been eye-catching, but they have solidly gone about their business. Gareth Southgate’s men have the best defensive record in the competition (0 goals conceded). The impressive form of goalkeeper Jordan Pickford is an ominous sign for the remaining teams in the competition.

Expect Southgate to remain his notoriously cautious self in this game and play with a back three as he tries to restrict the space available to the opposition. With Harry Kane finally getting in among the goals and Raheem Sterling keeping up his impressive Euros form, we expect a Ukrainian upset to be a little beyond reach. That will not stop Oleksandr Zinchenko and co from trying, though.