The European Championships is always a highly anticipated football tournament that comes around every four years. It sees the best footballing nations in Europe coming together to battle it out for the honour of being crowned as the champion of Europe. 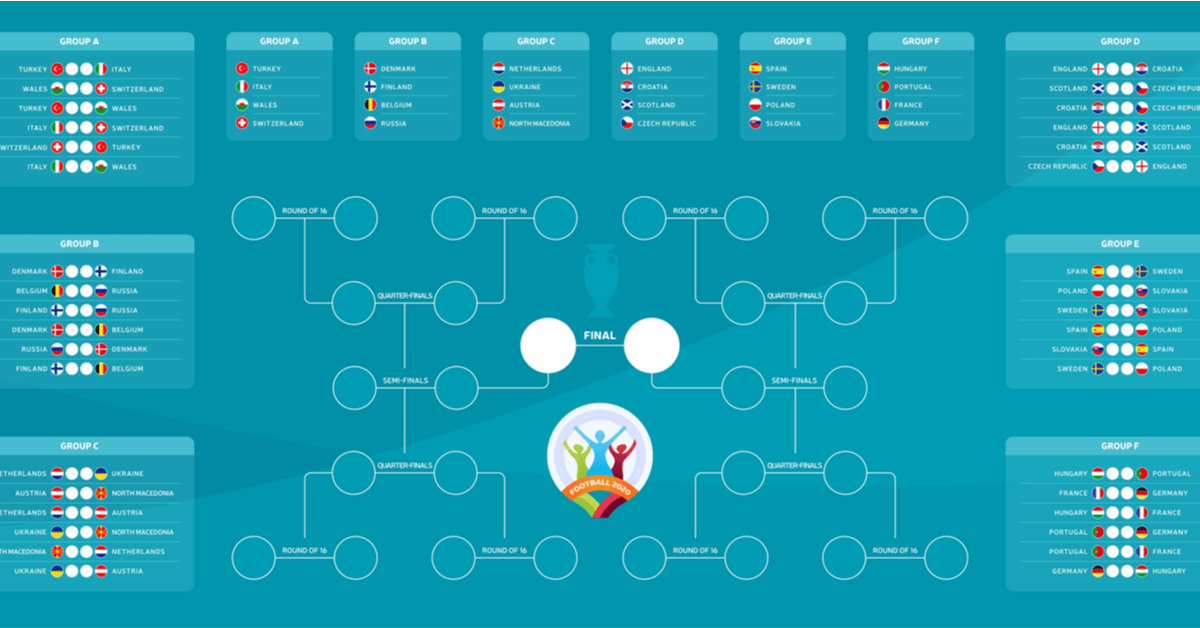 Many superstars are born on this stage, showcasing their talents for the world to see. There have been many amazing tournaments over the years that have left people wanting more.

Euro 2020 was originally scheduled to start in June 2020. However, the COVID-19 pandemic meant that it had to be postponed to 2021. This article will look at all of the important information you need to know when it comes to Euro 2020.

As the COVID-19 pandemic situating started to really set in across Europe in March 2020, it quickly became apparent that a lot of live sporting events were in jeopardy. Despite plans being in pace for many years, the decision ultimately was taken in March 2020 to postpone the event by a year. The tournament was set to take place across 12 cities in 12 countries. It was to begin on June 12 and finish on July 12, 2020.

The rescheduled European Championships 2021 will take place between June 11 and July 11. It will now take place in 11 cities across 11 countries during these Euro 2021 dates. The games that were supposed to take place in Dublin, Ireland were removed as there was no guarantee from the local government that fans would be able to attend the games. There was also a change in Spain, with the games moving from Bilbao to Seville. Wembley in England will be the host of the final of the tournament.

What teams qualified for the Euro Championship 2021?

Teams had already completed the qualification stages to gain a place in Euro 2020 before it was postponed. Therefore, these teams have had to wait an extra year to get their shot at glory. The groups for the initial rounds of the tournament have already been set in stone. There are some very exciting fixtures in the books. This includes many local rivalries and top contenders facing off in strong groups.

Italy is the clear favourite to top this group. They are looking to bounce back from the disappointment of missing out on qualification for the FIFA World Cup in 2018. Roberto Mancini is now at the helm and he has restored a sense of pride back into the Italian side.

Turkey and Switzerland are always considered to be dark horses when it comes to major tournaments. They both have the players to take down a big team, so they are always to be watched out for. Wales will be going to Euro 2021 without Ryan Giggs as manager as he faces assault charges. This is not ideal preparation for the team that is headed up by the likes of Gareth Bale and Aaron Ramsey.

Belgium is one of the favourites to win the entire tournament and should negotiate this group with ease. They have a golden generation team, with many world beaters available. However, they have been seen to underachieve in recent major tournaments and they will be looking to set the record straight this time around.

A number of veterans have retired in recent times, but they still have superstars like Kevin De Bruyne and Roman Lukaku to call upon. Denmark is a solid team that will be able to give a competitive match to almost any opponents. Russia can sometimes spring a surprise, but not much is expected of Finland in this group.

The Netherlands are the clear favourites to top this group, even without the injured Liverpool defender and captain Virgil van Dijk. This is perhaps the weakest group in the entire tournament, so the Netherlands should be able to play themselves nicely into form and rest key players as needed before the knockout stages.

While North Macedonia did manage to beat Germany back in March, they are still the team with the lowest ranking in Euro 2021. Ukraine had a strong qualifying campaign, beating out Portugal for the first-place finish in the group. Under the management of the legendary striker Andriy Shevchenko, they look better placed to finish second in this group.

While initially, this might appeal to be a group that England should get out with ease, it is not so straightforward when you dig a bit deeper. There are some major potential stumbling blocks facing the tournament favourites.

Croatia is a team that always is full of talent and they beat England in the 2018 World Cup semi-finals. The side hasn’t been performing too well in recent times, but they might be able to produce something special on the big stage. The Czech Republic is also a formidable team, having taken some big scalps in recent years. They have a number of Premier League players and will be a tricky team to play against.

Then there is the huge England v Scotland Euro 2021 matchup. The centuries-old rivalry will be at its hottest when the sides meet in Wembley, with the England v Scotland euro 2021 date set for June 18. This is Scotland’s first major tournament in 1998 and they would love nothing more to get one over their old rivals. They have a solid squad full of experienced players, so there is always going to be a chance of causing an upset. However, England on paper has the quality to win each of these fixtures, particularly with potent attacking threats like Marcus Rashford and Phil Foden.

Spain are no longer the world-beaters they were a few years ago. Their golden generation of players have now mostly retired and a new wave is transitioning into place. In a surprising move to many, Spanish captain Sergio Ramos has been left out of the Euro 2021 squad by Luis Enrique.

They are a bit dull when it comes to scoring goals, not really having an out-and-out prolific striker. However, they have a lot of creative players in midfield who will be able to generate chances out of nowhere. Poland and Sweden will battle it out for second place more than likely. Robert Lewandowski is in sizzling form and he could be the difference when the sides face off.

Group F is most certainly the group of death. Apart from Hungary, all of the group participants are genuine contenders to win the entire event. One of these teams will be left disappointed as they will miss out on reaching the knockout stage. France has a huge amount of talent available to it and they will be boosted by the return of Karim Benzema.

Portugal is the defending champions and usually tends to overperform in the bigger tournaments. Finally, Germany is a team that always performs strongly in the Euros, rarely performing in a subpar fashion. They have not been in the best of form as of late, losing to North Macedonia in March. They will be hoping that their strikers heat up and can start firing in some goals. Otherwise, it could be tough for Germany to emerge from this group.

Who is going to come out on top?

The beauty of the European Championships that a lot of different teams are in with a chance of coming out on top. Over the years, some teams have shocked the world to claim the title, such as Greece in 2004. Even Portugal’s win in 2016 was a bit out of the blue.

England is the current favourite with a lot of bookies, closely followed by France and Belgium. This is followed by Spain, Italy, Germany, Portugal, and the Netherlands. Each of these teams is in with a genuine chance of being victorious. Therefore, bettors can potentially find some good value bets for tournament winner markets.

Football fans all across the world are looking forward to the tournament to finally kicking off, a year later than it was originally scheduled. With some top-tier games on the horizon, the best players in the world will be putting on a show for everyone to see. It is one of the most evenly matched European Championships in recent memory, which adds even further to the excitement.

There will be plenty of exciting betting opportunities as a result. Free bets and other promotional offers will also be aplenty across all of the leading football betting sites, including on Sky Bet and BetItOn. Bettors can make the most of these offers as they place wagers on the games before sitting back and enjoying all of the action. 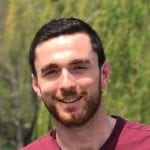