What Can Chelsea Expect From Romelu Lukaku?

After seeing three different mega deals turned down, Chelsea finally landed Romelu Lukaku, its primary transfer target, late into the summer transfer window in a £97.5m deal. The player’s wages at Stamford Bridge are within the region of £325,000 per week and could rise to £450,000 with bonuses. However, the European champions had no problems splashing the cash for the Belgian international. It really was a case of the problem identified; problem-fix identified, problem-fix targeted; problem-fix secured. 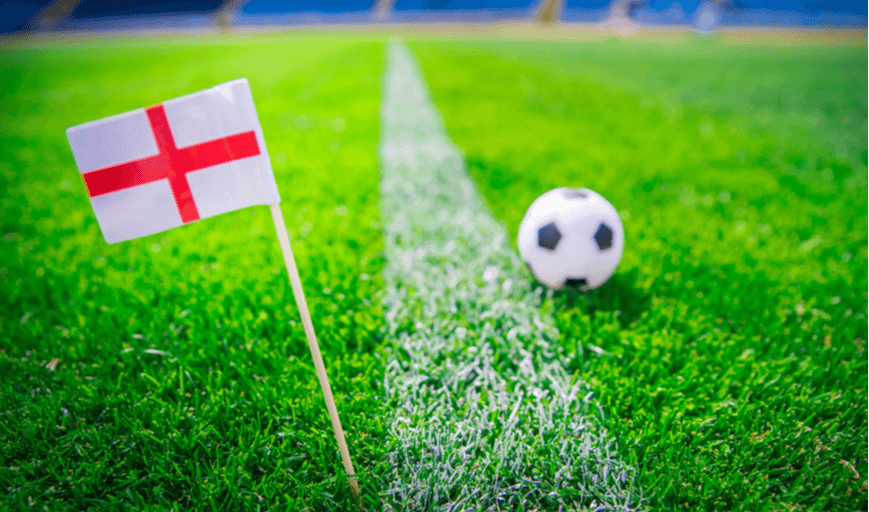 But in football, things don’t always work out as planned. So, how great a solution will Romelu Lukaku prove to be for Chelsea? Is he capable of solving the blues’ finishing problems single-handedly? This article reviews Lukaku’s suitability to Chelsea FC and analyses his skillset to discover whether his return to Chelsea is the right move for player and club.

Romelu Lukaku first signed with Chelsea FC from Anderlecht in 2011 as a young striker who’d risen through the ranks of the Belgian club’s youth system. The 20-year-old endured a frustrating four-year spell at the club that saw him make fifteen appearances without scoring a single goal. In 2013, the Belgian moved on loan to the blue side of Merseyside, where he played for another three years before securing in 2017 a £75m deal to Manchester United.

Despite posting a top-class goal return in Manchester, Lukaku experienced a bumpy ride at the club, culminating in being sidelined by manager Ole Gunnar Solskjaer. A £68m move to Inter followed in the summer of 2019.

It was in Italy, with the Milan club, that Lukaku finally achieved truly elite status. The 28-year-old forward scored 64 goals in 95 appearances across two seasons, ending his final season at the club with 24 goals, 11 assists, and the Serie A title and MVP award. Lukaku’s goalscoring record with the Belgian national team is also at an elite level. The forward has scored 67 goals in 100 appearances, including 50 in his last 50 games.

Chelsea’s toothlessness in front of goal was a problem that preceded Thomas Tuchel’s arrival at the club, but it went under the radar amid the Blues’ other problems. However, the German’s expert coaching saw most of those issues fixed within his first few months, increasing the focus on the team’s persisting problem with finishing.

As the summer transfer window progressed, Chelsea identified Lukaku as their primary target and submitted an £85 million-plus Marcos Alonso bid that Inter turned down. A second offer followed, and then a third one. Inter turned down both bids, but after seeing his former club’s dedication to re-signing him, Lukaku – who’d earlier confirmed his desire to remain at Inter- informed the Inter hierarchy of his desire to return to Chelsea.

Chelsea’s season last time out was a tale of two halves. The Blues stuttered and flattered to deceive under Frank Lampard, mixing a couple of impressive European wins with some really inconsistent domestic form.

Their fortunes changed in January after Frank Lampard was replaced by Thomas Tuchel, who has been sacked a month earlier from PSG. The German-made some instant changes at the club, fielding three central defenders and two defensive midfielders in a 3-4-3 system that instantly upgraded Chelsea’s defensive set-up and made them become the most challenging team in Europe to score.

Despite the seemingly defensive nature of Chelsea’s default set-up under Tuchel, the team remained a formidable attacking force. Creativity from the wing-backs and the pace and fluidity of the three forwards meant that teams also found it hard to stop Chelsea from creating high-quality chances. However, despite the improved form under Tuchel – and a second-ever Champions League win – the Blues still had a painfully obvious weakness with putting away those chances.

Chelsea’s transfer window emphasised quality over quantity. The Blues signed 29-year-old out-of-contract goalkeeper Marcus Betinelli from Fulham to fill in the gap created by Willy Caballero’s exit. The 6ft 4in goalie signed a 2-year contract and has slotted right in as the team’s third-choice goalkeeper, after Edouard Mendy and Kepa Arizzabalaga.

Chelsea also sealed the signing of Atletico’s Saul Niguez on loan with an option to buy for £30 million next summer in a move that reaffirmed the Blues’ intent to challenge on multiple fronts this season. The 26-year-old arrives at Chelsea with obvious talent and winning pedigree and perfectly fits Thomas Tuchel’s central midfielder profile.

Where Does Lukaku Fit?

Romelu Lukaku returns to Stamford Bridge, an utterly different striker to the one who left the club in 2014. Over the last seven years, the Belgian forward has improved his all-around play, becoming as effective with his back to goal as he is when facing it.

The striker’s well-polished overall play makes him ideal for Thomas Tuchel double-tens system, as he offers a quality focal point for the likes of Mason Mount and Kai Havertz to buzz around. In the wake of his arrival at Chelsea, Skybet and 888 Sport have the Blues clear of Liverpool as Manchester City’s biggest challengers this season.

Lukaku has also gone through an astonishing physical transformation since his last stint in the Premier League. Despite a more than decent goal return, the forward left Manchester amidst complaints of poor physical fitness routines. However, under the tutelage of the famously intense Antonio Conte, Lukaku metamorphosed into a fitter and leaner goal machine who should have no problems playing as many matches as necessary in the PL’s congested fixture list.

Determining Romelu Lukaku’s suitability for Thomas Tuchel’s Chelsea will involve a more profound analysis of the player’s core skills and style of play.

Not many strikers in world football excel at this skill as well as Romelu Lukaku does. The forward boasts an immense physical presence that helps him muscle his way past defenders and comes out on top in duels more often than not.

Lukaku’s back-to-goal play is a perfect fit for Chelsea’s territory-heavy setup and will be an instant hit with the likes of Christian Pulisic, Mason Mount, Timo Werner, and Kai Havertz. The striker also possesses strength and pace to carry the ball from deep and kickstart counters, although his numbers for successful take-ons are average.

Data on Romelu Lukaku’s goal-scoring activity shows that the Belgian gets most of his goals within the penalty box. Most UK football bettors and fans rank Lukaku highly for penalty-box threat, and in a team filled with sound crossers of the ball, his penchant for attacking balls sent into the box will prove to be an invaluable asset.

Compared to other forwards in Europe’s top five leagues, Lukaku’s shot quantity stands at 65%, a good enough return that falls just shy of world-class. However, where Lukaku stands out is in the quality of his shots. The Belgian seems to mostly favour taking shots whenever there is a clear opening at goal, as opposed to just putting his laces through the ball for the fun of it.

Lukaku notched 11 assists last season and also ranked very high amongst his peers for through balls, key passes, and expected assists. Like another English Premier League star striker, Tottenham’s Harry Kane, Lukaku loves to drop deep and release runners beyond him with defence-splitting passes. He also regularly pops up on the flanks to put in tantalising crosses for grateful teammates.

Lukaku mostly finishes with his preferred left foot, and most of the striker’s goals come from within the six-yard. This is proof of his inclination towards peeling off markers and attacking balls into the box as opposed to making runs down the channel. Most of the goals that Lukaku scores may look easy, but ironically, those are the exact type of chances Chelsea have had difficulties converting in recent years.

Conversion rate statistics reveal that Lukaku ranks up there with Messi, Lewandowski, Mbappe, and Haaland in terms of finishing prowess. The Belgian will be rubbing his hands in delight at the prospect of feasting upon chances created by a Chelsea side who are a much better attacking unit than Inter Milan.

What Can We Expect from Lukaku?

In a Chelsea team that creates many opportunities but doesn’t always convert, the presence of Romelu Lukaku is a welcomed sight, with the striker guaranteed a haul of at least 20 goals a season. Top UK bookmakers such as Bet365, Grosvenor Sport and Virgin Bet agree – all three have Lukaku listed as the favourite for the Premier League Golden Boot award.

The last time Chelsea had a 20-goal scoring forward in their ranks, they won the Premier League, so there is serious pressure on Lukaku to spearhead Chelsea’s title charge with his goals and assists. But on the evidence of his performances for Inter last season, that pressure doesn’t seem like anything he can’t handle.

Romelu Lukaku’s return to Chelsea might not rank as high as Ronaldo’s Man Utd return in terms of emotional stir and buzz, but it comes with a unique, intriguing factor – a point to prove. The forward has perfected his art away from Chelsea and returns with some unfinished business to put to bed. If he manages to recreate his Serie A league-winning and MVP-scooping form with Chelsea in the Premier League, the team from West London will be impossible to stop.

If you are interested in adding even more excitement to your Premier Leiague football experience (if at all possible), visit Playright.co.uk to stay up to date with football and betting news, reviews and offers. Sign up today and start placing bets on your favourite English Premier football teams. While at it, don’t forget to claim a welcome bonus to get you started.