Microgaming is the big beast of the online casino scene. The total number of games released by Microgaming down the years already exceeds 850, and the company is launching new products at a hectic pace. Not all sites are equal though. See our recommended list of the best sites in the table below with more details on its games and history below. 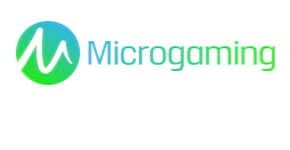 A Guide to Microgaming Software

Unlike the other major development studios, which all seem to have one eye on expanding into other segments of online gambling, Microgaming has always been focused on what it does best – creating high quality online casino games. It’s no surprise then that Microgaming is currently the biggest provider of casino products globally.

All Microgaming casinos offer a similar service and, perhaps most importantly, they have among the highest payouts in the industry. According to the Gaming Club website, they average just above 97% Return-to-Player (RTP) on all products. This is a little better than the competition and is one of the reasons Microgaming is so far ahead of the rest.

The list of innovations brought to market by Microgaming spans the entire breadth of its operation. One of the most important ones – both for the company and the wider industry – is that it launched the first slot with a progressive jackpot. The trend continued, and today Microgaming is probably the developer that has created the most online millionaires with its games. The most famous of their current progressive slots is Mega Moolah, which holds the world record for the biggest win, when Jon Heywood took down £13.2 million in 2015.

Their original download casino platform developed by the company was one of the first interactive casino software products out there. The design, the sounds and everything else set the standard that was followed by the whole market.

Their commitment to allowing players to access games in new and convenient ways saw them become the first to integrate instant-play and mobile gaming. Nowadays, their products are developed in HTML5 and are available to play via the Quickfire platform on desktop and mobile, without download. This has enabled Microgaming to expand their market share beyond  ‘Microgaming only’ casinos such as Betway Casino to the new breed of casinos like LeoVegas Casino and Casumo which offer games from different software companies.

Over recent years Microgaming has had its market share chipped into by Netent and the smaller boutique companies like Yggdrasil, Play’n Go on the one hand, and by Playtech which has sewn up exclusives with the big sportsbooks like Skybet and Bet365 on the other. It still though seen as one of the ‘Big 3’ and keeps on producing both branded and non-branded slot hits.

Microgaming has produced many hits down the years making it hard to pick just a couple. However, there are some games that just are a head and shoulders above the rest:

Like Playtech, there were some questionable Microgaming casinos in the past, but the company has changed its strategy and nowadays the standards are high. It’s now difficult to find a bad Microgaming casino, but still, some of the hundreds that use the company’s software are better than others. The list includes some big operators like 32Red, and Betway, as well as modern casinos such as BGO, Royal Panda, and Rizk

Given that Microgaming has been at the forefront of casino software development for more than 20 years, it’s no surprise that it has a trophy cabinet that’s full to bursting. The list below is just a recent selection.

Microgaming Past and Future

Microgaming is one of the oldest online casino developers out there, founded in 1994. Initially, the company launched its own room called The Gaming Club. As one of the pioneers in the business, Microgaming decided to expand by providing their platform to other casinos. It turned out to be a prescient idea, and saw the developer quickly become the leader in the gambling industry.

The company was a founder member of eCogra, the independent UK Gambling Commission-accredited agency that certifies Random Number Generator (RNG)fairness and RTP percentages, and provides dispute resolution services between players and casinos.

Microgaming cemented its position in 2002 with the launch of the Viper software engine. It has since gone on to become one of the most important and widely adopted gaming solutions on the market.

Microgaming’s rise has seen only one notable struggle, when in 2008 the company was forced to stop accepting US players due to changes in the country’s online gambling laws. It was a step back, but it didn’t prevent the progress of Microgaming and the company quickly recovered.

The online casino market has matured considerably over the 23 years that Microgaming has been in operation, yet the company continues to find new areas where it can push the boundaries. In 2016 it picked up awards for its experimental virtual reality roulette game, which utilized the newly-launched consumer VR system, Oculus Rift.