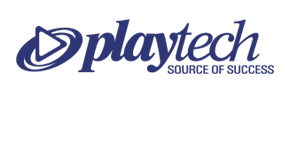 A Guide to Playtech

Playtech produces pretty much everything one might expect to find at an online casino – slots, video poker, arcades, and classic table games like blackjack, roulette and baccarat. With more than 500 games in their back catalogue, and another 50 produced annually, Playtech casinos represent a great choice for any player. Let’s take a closer look at what makes them so special.

Playtech has always been an innovative player in the online gambling industry, a main factor behind its success. The list of products it has produced through the years is long and takes in a variety of categories.

The most impressive ones are probably in the casino sector, and slots in particular. Whilst not as well known as Microgaming’s progressives, Playtech has developed some very popular progressive jackpots, making many people millionaires through the years. It’s worth noting that it was one of the first companies to announce the return-to-player percentage (RTP) of each of its products. Its range of branded DC comic slots meanwhile have made Playtech slots a hit for a long time.

Another strong point to Playtech is its range of table and casual games rivalling Microgaming’s selection, whilst it was the first of the ‘Big 3’ developers to launch a live casino product which perhaps only Evolution Gaming’s product betters. Like Microgaming and unlike NetEnt and the smaller boutique developers, Playtech still produces games on a download platform. Some might say that the days of download platforms are over but for many players its still  nice to have the choice in the matter.

After casino, poker is Playtech’s priority, as it is behind one of the biggest networks in the world. iPoker is the home of many poker rooms that share their player pools. This ensures there is enough traffic across different games and formats.When it comes to poker, the Playtech-powered iPoker network is the home of some interesting formats such as Twister and Speed Poker. There are also Sit N Go jackpot tournaments, and one of the best mobile versions on the market.

Beyond casino and poker games, Playtech won recognition for its Cash Cubes game, picking up a prestigious industry award for Unique Bingo Game of the Year.

It’s hard to pick from Playtech’s well-stocked back catalogue, but if you really forced us to plump for a few, we’d go with these:

There are almost 50 Playtech sites using the services of Playtech, and this number is constantly growing. The biggest of them are British gambling giants such as Bet365, SkyBet, William Hill, Ladbrokes, and Betsafe.The majority of them use Playtech for their poker platform as well, and are part of the iPoker network. In addition to the multi platform sites are specialist casino sites such as Mansion Casino sponsor of Tottenham Hotspurs and Winner Casino

Playtech’s games can be positioned alongside Microgaming, good for table games, progressive slots and branded games but not as innovative or well designed as Betsoft, Netent and the other smaller software houses. Keep an eye on our list of recommended Playtech sites for an up-to-date view on the best UK casinos powered by Playtech software.

In the past Playtech was accused of handing out licenses to some less than reputable operators, although not to the same extent as Real Time Gaming. But with the consolidation in the online casino industry most Playtech licensee nowadays are straight-up, whilst all the Playtech sites we recommend are well licensed and vetted.

Playtech was founded by Teddy Sagi in Tallinn, Estonia in 1999, and launched its first online casino product in 2001. The company has been expanding its business ever since and is currently one of the biggest in the industry. Its revenue in 2015 surpassed the $500 million mark and is projected to grow even further into /17 and beyond

Like many software providers and operators the worst moment in Playtech’s history came in 2006 with the passing of the Unlawful Internet Gambling Enforcement Act. This hit the company hard, depriving it of millions of American players, who were the main consumers of its poker products. It was a big hit, but Playtech managed to survive and move forward by focusing on the European market

Another low point for Playtech was the Irish financial regulatory authority barring it from purchasing AvaTrade, apart from these 2 blips though the share price for Playtech has generally been positive with Playtech successfully positioning itself as the casino supplier of choice to UK facing bookies such as Bet365, SkyBet, PaddyPower, Ladbrokes and more.

As one of the dominant players in the industry, Playtech has amassed a considerable number of top industry awards over the years. Its focus on delivering software and services across a wide range of platforms means it continues to add new silverware to the collection. Below are the latest major industry awards the team at Playtech has picked up.

Playtech has acquired a number of software companies through the years. The latest is Best Gaming Technology, which was bought in 2016. It specializes in the development of online casino products.

Thanks to this strategy of aggressive expansion, Playtech powers almost 50 online casinos. Their share of the online poker market is big as well, with about 30 different poker rooms now part of the iPoker network. Playtech also offers sportsbooks and bingo rooms, but they are far from dominant in those markets.