The hugely exciting 2020 European Championship inches ever closer to the finish line. The semi-finals are here, and they bring with them a slightly underwhelming note as fans around the world start to contemplate inevitable thoughts of the moment they’ll have to wave goodbye to what’s undoubtedly been the most thrilling summer of football we’ve had in a while. 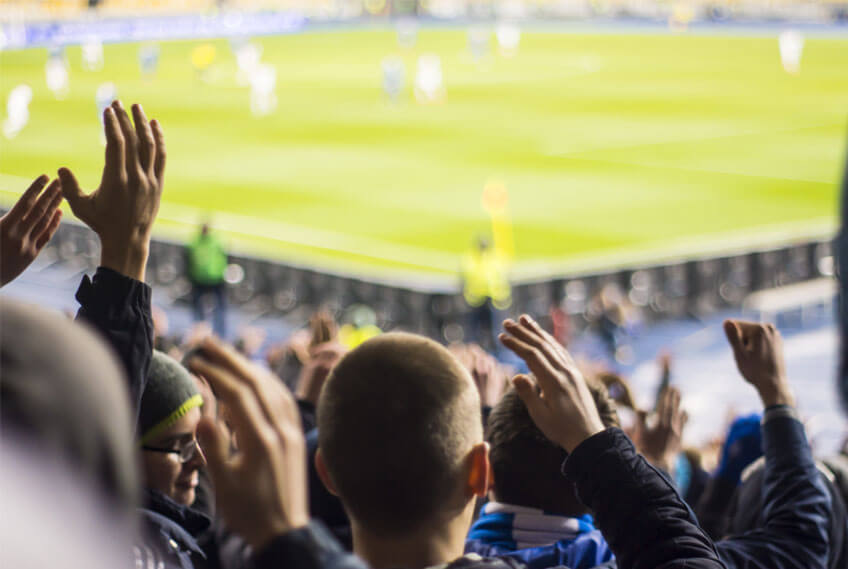 Before that moment arrives, we’ve got three more matches to enjoy, three matches to decide who lifts the trophy. And, where better to host these three very important clashes than London’s Wembley Stadium? With the tactical might and attacking talent set to be on show, fans and neutrals can rightly look forward to being treated to incredible spectacles at ‘the home of football’. Goodbye later, football first.

Of the 24 teams involved in the competition from the start, we’re down to the last four. Each side left in the competition at this stage will surely hold legitimate hopes of winning the tournament. But, these hopes vary in their level of legitimacy. Join our football-crazed team at playright.co.uk to find out which teams we’re backing to book a date in the finals at Wembley on Sunday, July 11.

There’s been many twists and turns in the Euro knockout stages, so you can’t exactly blame the fans who had given up hopes of getting a proper heavyweight encounter in the tournament’s latter stages. But here we are – two traditional giants of European football locking horns, with both teams sharing 9 World Cup and EURO trophies between them.

Roberto Mancini heeded the form book by starting Federico Chiesa against Belgium. Still, it was Lorenzo Insigne on the other side of the pitch who lit up the match, scoring a stunning goal to put Italy 2-0 up and out of reach. Those goals, coupled with some pretty inspired rearguard action from Gianluigi Donnarumma and Giorgio Chiellini, were enough to knock out the number 1 team in the world and dispel the talks of fatigue that arose after the Italians’ tired second-half display against Austria. Now, Italy must edge past another tough -albeit more familiar- opposition in the form of Spain. The Italians were on the losing end when both teams met at the Euro 2012 Final, but they exacted some measure of revenge by dispatching Spain in the last 16 of Euro 2016.

Spain needed extra time and penalties to get past a spirited Switzerland side in the quarter-finals. Luis Enrique must now be seriously considering the effect that fatigue will play in this match after seeing his side play 120 minutes consecutively. He’ll hope that the chance to make history with a third European championship final appearance in the last four editions – combined with some squad rotation – will be enough to make up for his side’s tired legs.

Is it really coming home? That seemed to be the question on everyone’s lips after watching Gareth Southgate’s side give a star appearance in a tough quarter-finals opposition with minimal fuss. That performance has had English fans start to believe truly once again. And, can you blame them?

Southgate’s team looks like a different proposition to the sides that have flattered to deceive over the years. This England squad is a more solid, more in-control side than we’ve seen in a while, a fact shown by England’s clean sheet record, which now stands on seven consecutive games (662 minutes of football). That defensive solidity has seen them march on to a European Championship semi-final, their third ever and first since 1996.

The story of Denmark’s tournament thus far has been one of new heroes rising, and that theme continued in Denmark’s last match against the Czechs. Joakim Maehle continued his impressive form with a well-taken assist, while Kasper Dolberg notched his third goal in two games. But away from their free-flowing attack, the Danes had to do a significant amount of defending for the first time in the knockout stages. Kasper Hjulmand will be glad that his team successfully displayed that side to them, knowing full well that his team will be put under even greater pressure by England’s star attackers.

Getting the game plan right will go some way to determining who wins this one, and all eyes will be on the team selections from both coaches. Southgate will be able to call on key players Harry Maguire, Declan Rice, and Kalvin Phillips, as all three players avoided a second yellow against Ukraine. The trio will be crucial if England are to keep Denmark’s lively attack from scoring any goals.