Return of the Premier League

Euro 2020 was a devastating blow for English football fans, whose dreams of football coming home were crushed. The England team lost to Italy on penalties, and later, players were subject to horrific racial abuse. It’s been a rough few days for English football. Luckily, the beautiful game has a unifying nature. League football is finally back on the horizon, and fans across the country have united as they count down the days left until the Premier League has captured our complete attention. 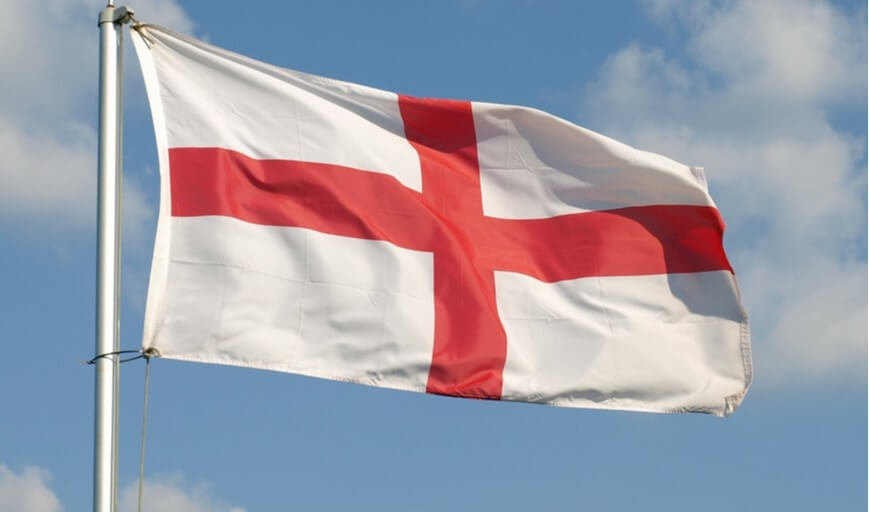 The Premier League kicks off on August 13, 2021. Newly-promoted Brentford FC will play host to Mikel Arteta’s Arsenal. We expect that match to be a great game of attacking football. However, the highlight feature of Game week 1 doesn’t arrive until Sunday, August 15. Manchester City is set to visit Spurs at the Tottenham Hotspur Stadium. Here, all eyes will be on Spurs’ new manager, Nuno Espirito Santo.

City won the 2020/2021 Premier League title with a 10-point margin, thanks to the brilliance of key players Ruben Dias and Kevin de Bruyne. They also picked up the Carabao Cup after defeating their opening-day opponents in the final. But despite the 19-point gap between them and 3rd place at the end of the season, we’re predicting a more tightly-contested battle between the top four teams this coming season.

The twists and turns in every Premier League season make football predictions a tricky task. However, we expect the teams that finished in the top four last season to occupy those same spots at the end of the 2021/2022 season. Here, we review each of those teams and their chances of winning the league.

City goes into this season as SportNation’s favourites to scoop the Premier League title, and for a good reason. The Cityzens have won three of the last four league titles and possess the strongest squad in the league on paper. In Pep Guardiola, they also have one of the best managers in the world. But there is a Sergio Aguero-shaped hole in their attacking department that may need filling if City retains its crown.

Pep’s squad played most of last season without their star striker and still had enough to win the league. But can he risk going into a new season without a world-class striker? Will he decide to rely on Gabriel Jesus? Virgin Bet has the Brazilian player as the sixth favourite to win the golden boot. Will this be enough for City? Expect all eyes to be on City’s striker situation as we go into the new season.

It’d be impossible to review City’s chances of winning the league without mentioning their PFA-winning Belgian star. The midfielder registered 12 assists in the league last season and still remains the best player in the league when fully fit. He’ll have a crucial role to play if City is to defend their Premier League title. 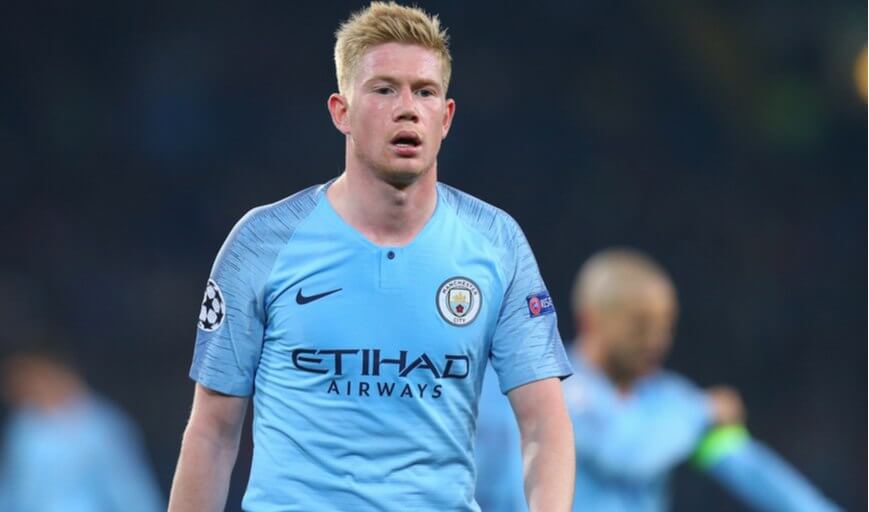 Dias was a rock for Manchester City last season, and he deservingly picked up the FWA Player of the year award for his brilliance. But similar to other Premier League stars, the defender was below his best at the Euros. However, the 24-year old remains one of the best defenders in the world. Expect him to be a major protagonist in City’s 2021/2022 league season.

The Red Devils have not won any trophy under Ole Gunnar Solskjaer, but they have progressed impressively over the last couple of years. They went from a 3rd-place finish to 2nd-place last season. They also reached the Europa League final last season. It is a testament to the stability Solskjaer has brought to United that you just cannot see them finishing outside the top four. The bookmakers at BetItOn seem to agree; they’re backing Ole’s men to finish in the top four this season comfortably.

United’s current crop of players is arguably the best they’ve had since Sir Alex Ferguson left the team. With the board backing them once again this summer, who’s to say that this isn’t the year United finally win their first Premier League of the post-Ferguson era? Stranger things have happened in Premier League title run-ins.

Manchester United may have been linked to Real Madrid midfielder Raphael Varane, but Harry Maguire remains a crucial cog in the club’s defensive machine. Maguire’s importance to this United side was made evident by his absence towards the tail end of last season. United fans will hope that he can carry his impressive Euro 2020 form into the new season when it begins – any title hopes they may have will depend on it.

Anonymous. One word to perfectly described Bruno Fernandes’s European Championship outing. Whether it was a question of fatigue or not fitting into Fernando Santos’s team, there’s no disputing that the attacking midfielder had a tournament to forget. United fans will hope the Fernandes that resumes for the new season is the one that plundered 18 goals and 12 assists last season and not the imposter who showed up for Portugal at the Euros. 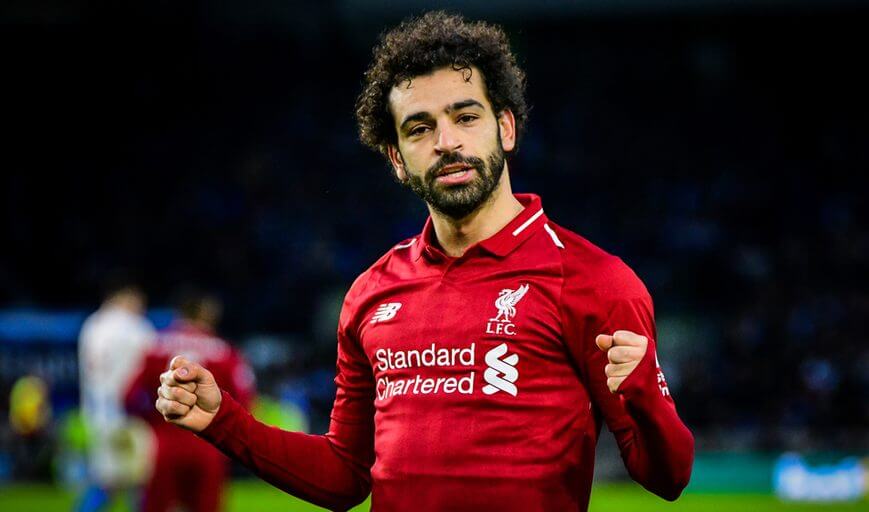 Liverpool reached new lows during a dismal home run between January and March last season. The Reds dropped out of the top four and looked set to miss out on Champions League football at some point. However, they dug deep and put together an impressive run of results that saw them climb up to third, leapfrogging Chelsea on the final day. J​​ürgen Klopp’s team moved swiftly in the transfer market, signing 22-year-old Ibrahim Konate from Leipzig for £36 million.

However, the return of key players who were injured last season will be more critical to Jürgen Klopp than any new signing. If Liverpool can recover their stunning 2019/2020 form, we expect them to be in the title race right to the very end. According to odds from Bet365, Liverpool is the favourite to finish the season second behind Guardiola’s Manchester City.

Despite his on-and-off form last season, Mo Salah still finished second in the Premier League Golden Boot standings. The Egyptian has set such high standards for himself that his 22 goals went slightly under the radar. With his blistering pace and trickery down the right flank, expect Salah to continue to torment defenders this new season.

Liverpool’s towering centre back was absent for most of last season and also missed the Euros, but he’s set to make a return for the upcoming season. The Reds seemed to have sorted out their defensive woes towards the end of last season, but they’ll return to having a truly world-class presence in defence when Dijk returns. Given the limit of top-quality centre backs in the current market, this is an upgrade that other Premier League teams can only dream of.

Thomas Tuchel steadied the Chelsea ship despite only joining the team midway through the season. The talent in the team was evident, but the German needed to organise a formidable set-up. He managed to do that, guiding Chelsea to a top 4 finish and a Champions League win in the process.

Chelsea’s transfer summer will play a major role in deciding whether they finish the 2021/2022 season with the Premier League trophy. There’s a great mix of talent and experience right across the team, but they remain very erratic in front of goal. If the summer transfer window closes without Chelsea signing a world-class finisher, we do not see them having the firepower to sustain a title charge over 38 games. Tuchel’s men are MrPlay Sports joint-favourites to seal a second-place finish, but that could well change by the close of the summer transfer window.

Mount was his typical high-energy self during the recently concluded Euro 2020, and that was enough for him to start every game he was eligible for. But the youngster wasn’t quite as impressive on the ball, failing to link play up for the England team in the manner that is to be expected from him. Chelsea fans will hope that a holiday – and a return to more familiar surroundings in Chelsea- will be enough to help him recapture his form.

Kai Havertz had a difficult start to life in the premier league and had to battle high expectations, injuries, fitness issues, and COVID-19. The youngster still managed to finish the season on a high, putting in some classy performances in the league and scoring Chelsea’s Champions League-winning goal. The forward thrived as a false 9 in Thomas Tuchel’s 3-4-3 formation. Whichever position he plays this season, expect the young German to play a central role in Chelsea’s title chase. 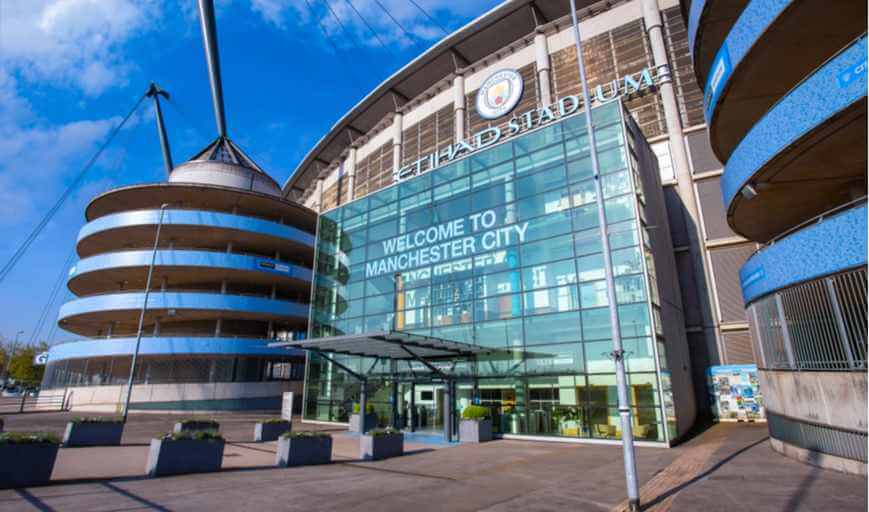 The new Premier League season brings with it the promise of several intriguing subplots. The first one is the England team’s Euro 2020 tragic loss. The league’s top teams have a core of English players who were part of the England team in the Euros. Some of these players are arguably the first names on their club’s team sheet when fit. It will be interesting to watch how they dust themselves off after their disappointing summer.

Fans are set to return to stadiums for the new season, which is good news for clubs’ finances. It is also good news for teams with traditionally strong home records. The concept of home fortresses was largely discarded last season as away teams were able to dominate games better now without heckling from opposition fans. We expect home advantage to return with the fans this season.

The COVID-19 imposed fixture list congestion from last season is also set to ease up this season. This should favour the bigger teams more as they will control games better and prevent some of the chaotic attacking football that we saw last season. That hasn’t stopped 888Sport from pricing newly-promoted Brentford reasonably well for a draw against Arsenal in the league’s kick-off match.

If there’s one thing millions of football fans around the world have come to expect, it’s that the Premier League always delivers. For English fans, the anticipation is on an even bigger scale. With the World Cup happening next year, fans head into the new league season knowing that they have an England team capable of going all the way in an international tournament and bringing it home.

So if you are a football fan and old enough to gamble, head to our football betting section, pick up a bookie and place your bets. While at it, don’t forget to claim a lucrative bonus to help you back your favourite team!