Wimbledon 2021 Round Up – Is Novak Djokovic Now the Greatest Tennis Player of All Time?

With Novak Djokovic having secured his latest win at Wimbledon, there is no shadow of a doubt that he is not the greatest tennis player of all time. He has now won 20 Grand Slams. Given that he is 34, and that he has been playing pro tennis since 2003, that is no mean feat at all. He has also been ranked No. 1 by the Association of Tennis Professionals for a staggering 329 weeks. 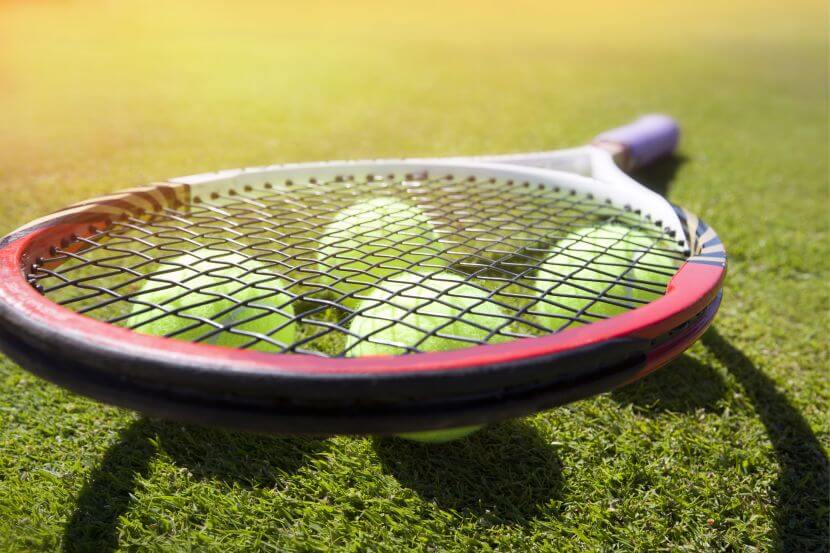 The Serbian has worked hard to achieve his goals, and his latest win at Wimbledon just proves this. He went into the tournament as the two-time defending champion, and has emerged with his legacy as one of the best tennis players of all time firmly cemented.

With this latest Wimbledon win, Djokovic has tied with long-time friends and rivals Roger Federer and Rafael Nadal. Just how many Novak Djokovic Grand Slams wins have we seen now? The Big Three – Djokovic, Federer, and Nadal – have an astonishing record of 20 Grand Slam Wins for each of them (though it is worth noting that Serena Williams has taken 23). Djokovic also has the distinction of being the first male player since Rod Naver in 1969 to take home the titles of the Australian Open, French Open, and Wimbledon in the same calendar year.

Of course, a lot went down in the short few weeks of Wimbledon this year. Let’s take a closer look at the tournament as a whole and some of the big wins and upsets we saw as the competition played out. 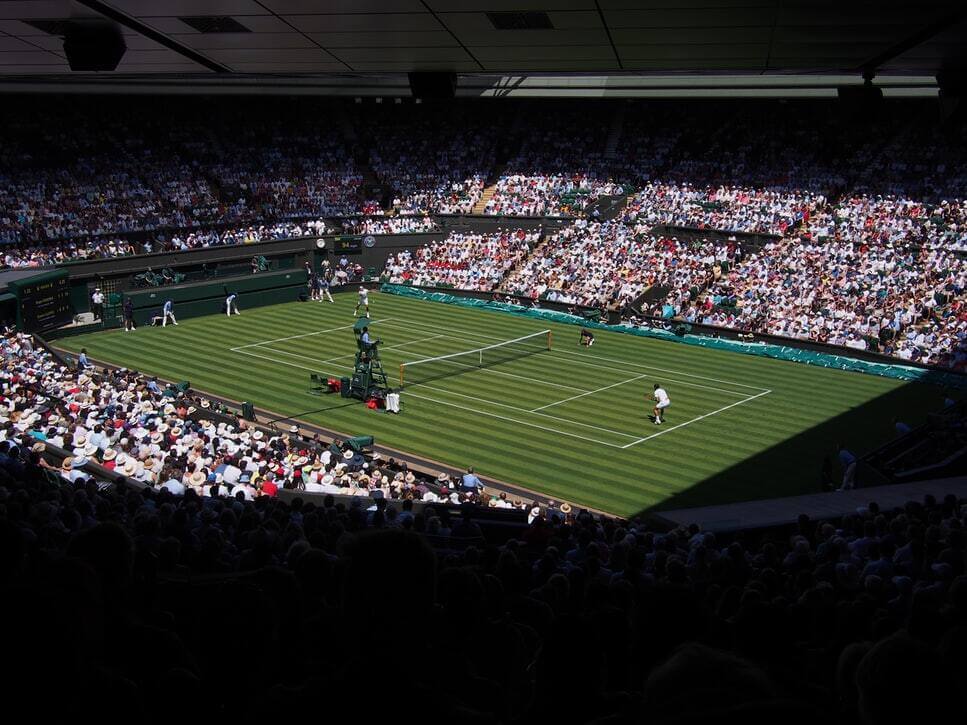 Wimbledon of 2021 took place between the 28th of June and the 11th of July. We put forward our own thoughts as to what might happen, and our PlayRight predictions were not too far off (though we did not get that Djokovic/Federer rematch we hoped to see!). This was a tournament of twists and turns, and it certainly confirmed why Wimbledon is a tennis tournament that no one wants to miss.

Djokovic took a fairly standard route to the later stages of the tournament, as we would expect a player of his calibre to do. He was the first seed of the tournament, and entered the first section of the tournament. He took on and dispatched Jack Draper, Kevin Anderson, Denis Kudla, and Cristian Garín on his route through the rounds. His competitors no doubt gave him some excellent games, with Draper even claiming the first set against him; though the last three were defeated in straight sets.

This then set him up to move ahead through the quarterfinals. He won in straight sets again against Márton Fucsovics and Denis Shapovalov, before moving on to face the Italian Matteo Berrettini in the final round. Berrettini took the first set, but Djokovic then did what he did best and took the remaining sets and confirmed his win.

It was a straight line that MrPlay Sports and other bookies saw coming from a long way off. Djokovic is always a force to be reckoned with, and it was clear that his desire for his trophy and title kept him moving forward. He is now in a brilliant position for the US Open. Should he take the trophy there, not only will he push himself ahead of Federer and Nadal in terms of Grand Slam wins, but he will also become the sixth player in history to win all four Grand Slam titles in a calendar year.

We also have the 2020 Olympics to go through first. Djokovic has reportedly said that his chances of appearing at such the tournament is likely to be 50/50. Though he could attempt to take a medal in Tokyo, we think it more likely that he will go for that quadruple Grand Slam crown, and thus won’t make an appearance.

Federer was number 2 on our list, and on the list of many sports betting sites such as Virgin Bet. He is a veteran of the Wimbledon courts, and we honestly expected another amazing showdown between him and Djokovic if they both made it to the final.

Of course, anything can happen in a game of tennis, and this happened to Federer! The Swiss was knocked out of the tournament in his quarterfinal match against Polish player Hubert Hurkacz. This was one of the big upsets of the tournament, especially when Hurkacz defeated him in straight sets.

However, Federer is ever the gentleman and took defeat with grace. He is determined to be the first of the Big Three to get that 21st Grand Slam title. With Djokovic hot on his heels, this will hopefully give him all the motivation he needs to be able to concentrate on the US Open.

Nadal caused a stir when he announced that he would not be appearing at Wimbledon, and that he would also be giving a pass to the Tokyo Olympics. Instead, he is going to take the time to recuperate and retrain. We might see him return for the US Open, it will just be a matter of time. If not, we can expect the King of Clay to make his return to the courts next year.

Medvedev was another player that we thought would do well at Wimbledon this year. Looking at some of the odds from sites like Grosvenor Sport, it seemed like others thought he could do well too. He had a good few rounds, taking on Jan-Lennard Struff, Carlos Alcaraz, and Marin Čilić. He even managed to defeat Alcaraz in straight sets.

However, he was knocked out of the fourth round by Hurkacz after five sets. We will hopefully see the Russian recuperate and bounce back for future tournaments. He has played exceptionally well recently, and we can only see more improvements being made.

Former Wimbledon Champion Andy Murray returned to the tournament as a Wildcard entrant this year. He took on and defeated Nikoloz Basilashvili and Oscar Otte in the first and second rounds, only to then be brought up but Denis Shapovalov in the third round, where he was defeated in straight sets. Though he remains a tremendous athlete, and one of the best British tennis players of all, it is unlikely that we will see him rise to the heights of his career once more.

Was Wimbledon 2021 a Good Tournament?

With the trophies awarded and the crowds dispersed for another year, we are often left wondering whether it was a good tournament this year. If you consider the point of view of sports betting sites like 888 Sport, then yes, it was an excellent tournament. It was thought that Djokovic would dominate from the start, and he most certainly did so.

There were also a few upsets that really helped to make the tournament interesting along the way too. The big one in the men’s tournament was Federer getting knocked out in the quarterfinals. It is still incredibly impressive that he made it to that stage, but one would expect a player of his calibre to be able to go further. Of course, that is also part of the beauty of the game of tennis – you might have a good prediction about who will take a match but it can be very far-flung from reality! 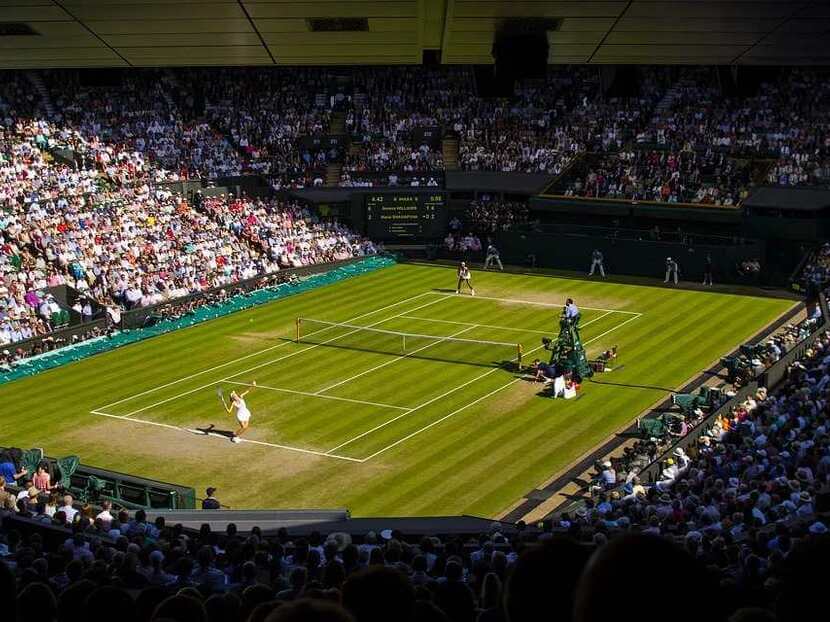 Another big upset actually occurred in the Ladies’ Competition when Serena Williams was knocked out of the first round and Venus William was defeated in the third. The Williams sisters are always brilliant additions to a tennis tournament, so to see them leave so early would have been a disappointment to many.

On top of this was the withdrawal of Emma Raducanu, who had proved herself to be a crowd favourite in her debut at Wimbledon, and the announcement that Naomi Osaka would not be playing at all. The Ladies’ Tournament did experience plenty of highs along the way, of course, culminating in Ashleigh Barty claiming the title.

There were other issues along the way that dogged the entire competition. Many players complained about the conditions underfoot. With a lot of rain forecast, it meant that the grass was slippery and difficult to play on. Many tennis pros often find grass difficult to play on as it is, and the added conditions certainly did not make things easier.

In spite of this, Wimbledon 2021 drew to a close with a terrific ending. It was a brilliant tournament throughout, and a proper display of world-class tennis at its finest!

What’s Next in Tennis?

Those who want to see their favourites on the courts soon should prepare for the tennis competition of the 2020 Olympics in Tokyo, due to start at the end of July 2021. Though we might see some of the big names skip over it, it could be a great place to see some of the up-and-coming talent test their mettle.

Beyond that is the US Open, which usually takes place in late August and early September. Our favourite sports betting sites like bet365 usually have some of their odds and predictions out before things kick-off, so make sure you check back with us at PlayRight to find out more nearer the time!