When it comes to the best live casino gaming in the UK and beyond, Evolution gaming is an industry leader. Constantly working to bring new ideas and innovations to the mix, this company has won a host of awards and now has partnerships with more than 100 of the best casinos in the world. Indeed, when you join one of top Evolution casinos you’ll not only be assured of a quality gaming experience, but a safe, fair and entertaining one.

Before signing up to one of the best Evolution casinos in our table below, we’ve compiled a guide to the company. Covering everything from the basics to why it’s won every EGR Live Casino Supplier of the Year award since 2010, this guide should give you a full insight into what makes Evolution tick. 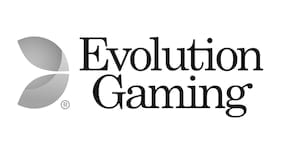 A Guide to Evolution Live Gaming

Betway Casino: One of the biggest brands working alongside Evolution Gaming, Betway casino offers a large selection of live games, including:

In addition to Evolution’s generic live dealer games, Betway has its own suite of games that not only offer branded tables, but bigger betting limits. On standard tables, minimum bets range from £0.50 to £1 and scale up to £3,000+. If you prefer to play for more, Betway’s branded tables start at £1 and build up to games where the minimum bet is £30.

Royal Panda Casino: When you join this Evolution casino as a newbie, you’ll receive a 100% bonus worth up to £100. To unlock these funds and any associated winnings, you’ll have to wager 35X the bonus amount and all live games have a 10% contribution weighting.

NetBet Casino: Alongside Extreme Live Gaming, Evolution brings its unique blend of games to the party. Available via the desktop site and the mobile apps, the NetBet live casino suite is filled with all the standard options, including Blackjack, Roulette, Baccarat, Table Poker and Dream Catcher. One of the nice things about this Evolution casino’s games is that you can play from as little as £0.50. On top of this, you’ll find some of Evolution’s top live casino options such as Blackjack Party.

Casumo: Aside from a handful of NetEnt live casino games, Evolution is the top dog at Casumo casino. Although the mix of games here follows a similar pattern to the many of the best UK Evolution casinos, Casumo does have a few tricks up its sleeve. In the first instance, you’ll be able to play games such as Auto Roulette from as little as £0.10. Beyond these affordable options, the software at Casumo allows you to control your time at the tables.

Depending on how long you want to play for, the software can flash up a warning when you reach your preselected time limit. Finally, in a bid to give you more ways to play, Casumo hosts innovative games such as Double Ball Roulette which are available to play from £0.25 and give you a greater chance of winning.

When it comes to live casino gaming, Evolution is the market leader. While other companies such as NetEnt and Extreme Live Gaming offer a similar range of games, few can match Evolution when it comes to quality and variety.  Evolution’s software is not only well proportioned but fully customizable. For example, if you take Live Baccarat, you can choose to see one scoreboard, two or none. Additionally, you can turn off the sound, adjust the quality of the stream and play at a screen size that suits you.

All the live dealer providers aim to bring new ideas to the table, Evolution just does it better than Playtech and Microgaming constantly pushing the boundaries. Immersive Roulette provides a much closer insight into the action, Party Blackjack brings another layer of entertainment to the mix while Dream Catcher is a new concept in live gaming altogether.

Similarly another area where Evolution has managed to forge ahead of the biggest live gaming competitor – Playtec – is in the packgages they offer to online casinos. Casinos can mix and match the product they get from Evolution – generic tables shared with other casino sites, fully customisable dedicated tables, live game streaming from their own land based site, mobile gaming.

When you combine their game selection, innovations and game solutions with an average RTPs of between 93% and 99%, it’s easy to see why Evolution’s products are available now at more than 100 casino sites.

The basic elements that go into streaming a live dealer casino game are: a studio, a webcam, a microphone, a table with RFID readers installed, cards with RFID chips installed, a virtual overlay and a dealer. When you piece all of these elements together, the webcam and microphone are there so you can see and hear what’s going on in the studio/at the table. The RFID readers and chips are there to read the value of the cards (or where the roulette ball lands) and then convey this information to some online software that records the result. As well as checking the results, the RFID chips help guide the virtual overlays that show you the recent results, what bets are available and any wins.

In short, the interplay between the live stream, the RFID signals and Evolution’s online software means that you can see the action in real-time. Moreover, it means that every result is recorded and verified.

Evolution Gaming brands itself as the software supplier that’s “as real as it gets” when it comes to casino games. In real terms, this means you’ll get access to a full suite of best live casino games around complete with HD webcams, experienced dealers fluent in multiple languages and custom overlays.

In Malta, the set-up is exactly the same, but slightly smaller. Alongside the games and technology, the Malta studio hosts international dealers as well as native speaking experts who can oversee games in dozens of languages. Where games with a local flavour are required, Evolution can deliver with variants such as: London Roulette, Venezia Roulette, Svensk Roulette and Deutsches Roulette.

Beyond the studios in Latvia and Malta, Evolution is opening a third venue in Canada. Scheduled to go live in early 2018, this studio will look similar to the European studios and offer the following games: live Roulette, Live Blackjack and Live Roulette. Moreover, the Canadian operation is set to run in conjunction with the BCLC (British Columbia Lottery Corporation) and streams will be broadcast through the PlayNow.com website.

Land Based to Online Games

In addition to its own studios, Evolution Gaming also helps land-based casinos broadcast their games online. By offering a turnkey solution that provides everything from the microphones, monitors and cameras to online plugins they enable any casino to enter the virtual arena. From this, the company has also found a way to offer “dual” roulette. Essentially linking real roulette games with a network of online players, this technology allows for land-based and online casinos to work in unison.

In simple terms, when it comes live casino action, Evolution is both an expert and an innovator. By covering the basics and hosting universal games in dedicated live gaming studios, the company has given hundreds of online casinos a way to offer real betting action. However, in a bid to make its product standout from the crowd, Evolution also offers bespoke branded games for any operator wanting something unique as well as innovative land-based/online crossover innovations that make things even more entertaining.

Now you know the basics of how live dealer games work, let’s answer a few questions about how Evolution goes about providing the best online experiences possible:

How do you place a bet and are there any time restrictions? Placing a bet on a live table is virtually identical to the way you place a bet on a virtual table. Thanks to the virtual overlays, you can select your chips, click in the relevant box and wait. In fact, you can even make use of quick bet buttons such as “rebet” and “double” to speed up the process. The only real difference between live games and virtual ones is that you’ll be playing alongside other people and there will be a 15-second betting window.

Does Evolution work with land-based casinos? Yes, Evolution offers turnkey solutions for land-based casinos. Evolution’s land-based partners include: Casino de Spa in Belgium, Casino Campione in Italy, Casino Dragonara in Malta, venues in Spain and a selection of Genting casinos in the UK.

Does Evolution offer live TV casino games and what are they? Yes, if an operator wants a presence on a cable TV channel, Evolution’s technology is capable of offering the necessary broadcasting equipment and mobile software so that viewers can bet from home.

Are Evolution Games safe and fair? Yes, as a company Evolution is licensed and regulated by the UK Gambling Commission (UKGC), the Malta Gaming Authority (MGA), the Alderney Gaming Control Commission and Antillephone N.V. Additionally, the software has been inspected and certified by Bureau Veritas and eCOGRA. On top of all these agencies ensuring your safe, you also get to watch things playout in real-time. All in all, this means that everything is above board.

How good are the streams? At the top end, Evolution offers HD quality broadcasts. However, if your internet connection is slow or your device is struggling, you can lower the quality to ensure that the software doesn’t stall or crash.

Evolution has worked hard to make sure the majority of its games are available for all mobile devices. Each game has been optimised for specific mobiles device and operating systems and the experience is almost identical to what you’ll see via your desktop.

To ensure the above games are accessible to everyone, Evolution’s mobile software is available via browsers and apps for the following devices and more:

Because the transition between desktop and mobile gaming is virtually seamless, Evolution is always rated highly with players. Basically, if you enjoy live action and you want to ante-up via your mobile, this brand offers one of the best experiences in the industry.

Safety and Security at Evolution Gaming

Evolution Gaming is a fully regulated iGaming company, which means you’re always getting access to secure and fair software. In specific terms, the company was certified by eCOGRA back in 2010. Even though live casino games and software can’t be tested in the same way as virtual ones, eCOGRA has made sure that everything Evolution does is safe. As well as testing the company’s problem gambling and dispute resolution facilities, eCOGRA has checked and certified Evolution in the following areas:

In addition to these safety checks, the brand became the first company in Latvia to receive an ISO certification for IT security. After reviewing everything from the live gaming studios to the software used to power the games, the IT security body awarded Evolution with ISO 27001:2013.

If there’s an award for it, Evolution Gaming has probably won it. Since its formation in 2006, the company has won a multitude of honours across the industry. From specific members of staff and games to the product as a whole, the company is a standout performer. Some of the main awards in recent years include:

To conclude our look at Evolution Gaming and its place in the iGaming industry, we’ve complied a general overview of the company itself. From its inception to the present day and beyond, the list below should give you a final insight into where Evolution started and where it’s going in the future: