This Swedish boutique software developer has a reputation that far exceeds its relatively small catalogue of casino games. Play’n GO slots feature advanced graphics and interesting mechanics, and can be found at a wide range of casinos thanks to their cross-platform compatibility. Despite being dwarfed in size by the likes of Microgaming and Playtech software, the future looks bright for this sophisticated and quick-moving company. 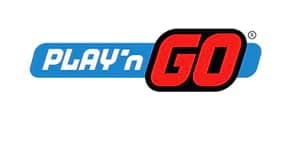 Play’n Go isn’t the most prolific developer of casino games. Despite operating as an independent company since 2005, it has produced a catalogue of just 70-80 games, and most of them are slots. That’s only a fraction of the number of games produced by the biggest developers, but that hasn’t stopped it from producing some interesting and well-liked titles.

Instead, Play’n GO’s strategy is to develop quality products that are stable even under heavy player load, are compatible with all devices, and don’t require a download to play. Play’n GO reacted quickly to the mobile revolution and is currently considered one of the top developers of casino games that are available on mobile. Their products are supported by all of the popular mobile platforms such as iOS, Android, Blackberry, and Windows Phone.

Play’n GO’s abbreviated catalogue of games contains some real fan favourites. They usually feature great design, a seamless user interface, and full functionality on pretty much any device on the market:

Play’n GO’s focus on high quality products has seen them nominated for some of the industry’s most prestigious awards, including three nominations at the International Gaming Awards 2017.

The list of online casinos that feature Play’n GO games is extensive, and includes some of our favourites, such as Casumo and Rizk. If you’re looking for a great place to play the latest games from this developer check out our up-to-date list of the best Play’n GO casinos above. Our recommended Play’n GO sites are all licensed to accept players from the UK, have a wide range of games available for all platforms, and offer some of the best deposit bonuses around.

Play’n GO Past and Future

Although the company went independent in 2015, the team behind it has been working on online casino games since 1997. Good management and the ability to adapt quickly to a changing market has contributed to the company’s success. Unlike other developers, Play’n GO has always emphasized quality over quantity when developing its products.That means it doesn’t have the full range of casino games necessary to function as a casino’s sole software provider, but by following its own path it has found a way to succeed despite operating in the shadow of the industry behemoths.

The high quality of Play’n GO products coupled with the special attention they give to mobile development make the company a perfect fit for the current market. Most casinos nowadays implement the products of more than one provider and mobile and instant-play games are crucial. This is why Play’n GO is a preferred developer for many successful casinos, and their products can be found at more than 30 operators online.

The company continues to expand its operation worldwide, with licenses to operate in jurisdictions across the globe, games available in 30 languages, and exciting new partnerships in a variety of regions.